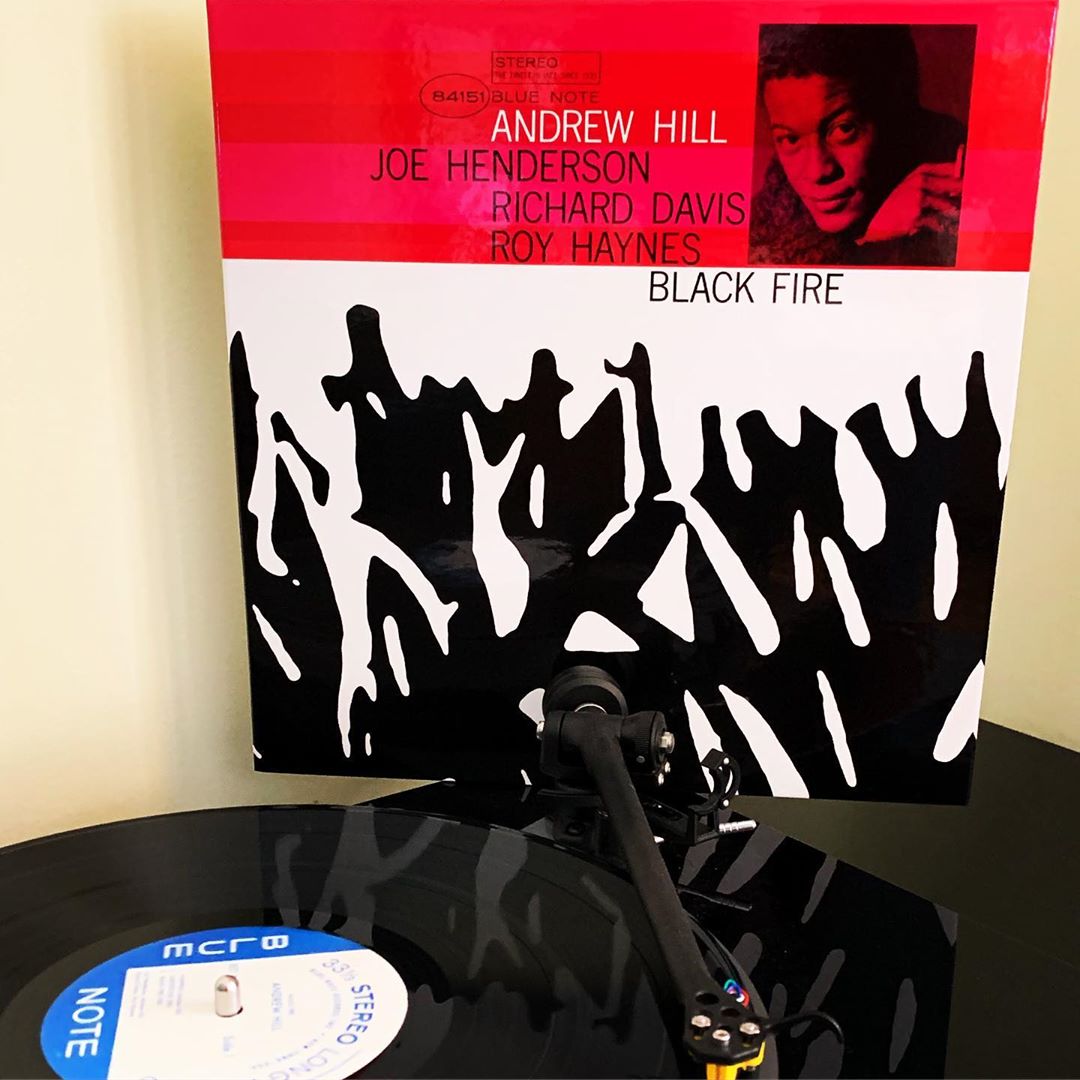 When @bluenoterecords announced the “Tone Poet” series as part of their 80th Anniversary celebration, there were two titles I was most excited about. Sam Rivers ‘Countours’, and this album, Andrew Hill’s ‘Black Fire’. It was Hill’s debut as a leader on Blue Note and the start of an extraordinary run that would span 13 albums over the next six years. Hill’s partners for this session are bassist Richard Davis, tenor saxophonist Joe Henderson and drummer Roy Haynes. Collaborating with Richard Davis would be come a recurring theme for Hill, resulting in some of his most successful sessions. Roy Haynes struts with an agile confidence that gives Davis ample room to explore and find elusive grooves, while tenor sax monster Joe Henderson is…well, monstrous. Killer playing all around. The music is spellbinding—Hill has his own rule book about harmony and time, bending both to his will as needed to work within the constructs of his music, some of which is like looking at an MC Escher sketch. The geometry seems skewed until you allow yourself to see it from another perspective, then it blows your reality apart, and makes sense in a really compelling way. Hill composed every track on the record, and the quartet takes hold of each one like it’s an enormous, restless anaconda. Not a grouchy one—there’s not really much aggression here. It’s more like the music is relentlessly exploring its enclosure, testing to see if the boundaries are *REALLY* boundaries or if there’s somewhere else to go. Someplace further. The journey is the prize here. Five stars and two thumbs up to the Joe Harley and the entire Tone Poet team for a terrific job on this. Superb record and outstanding job on the reissue—best this record has EVER sounded. Well done team Tone Poet! 10 stars out of 5.