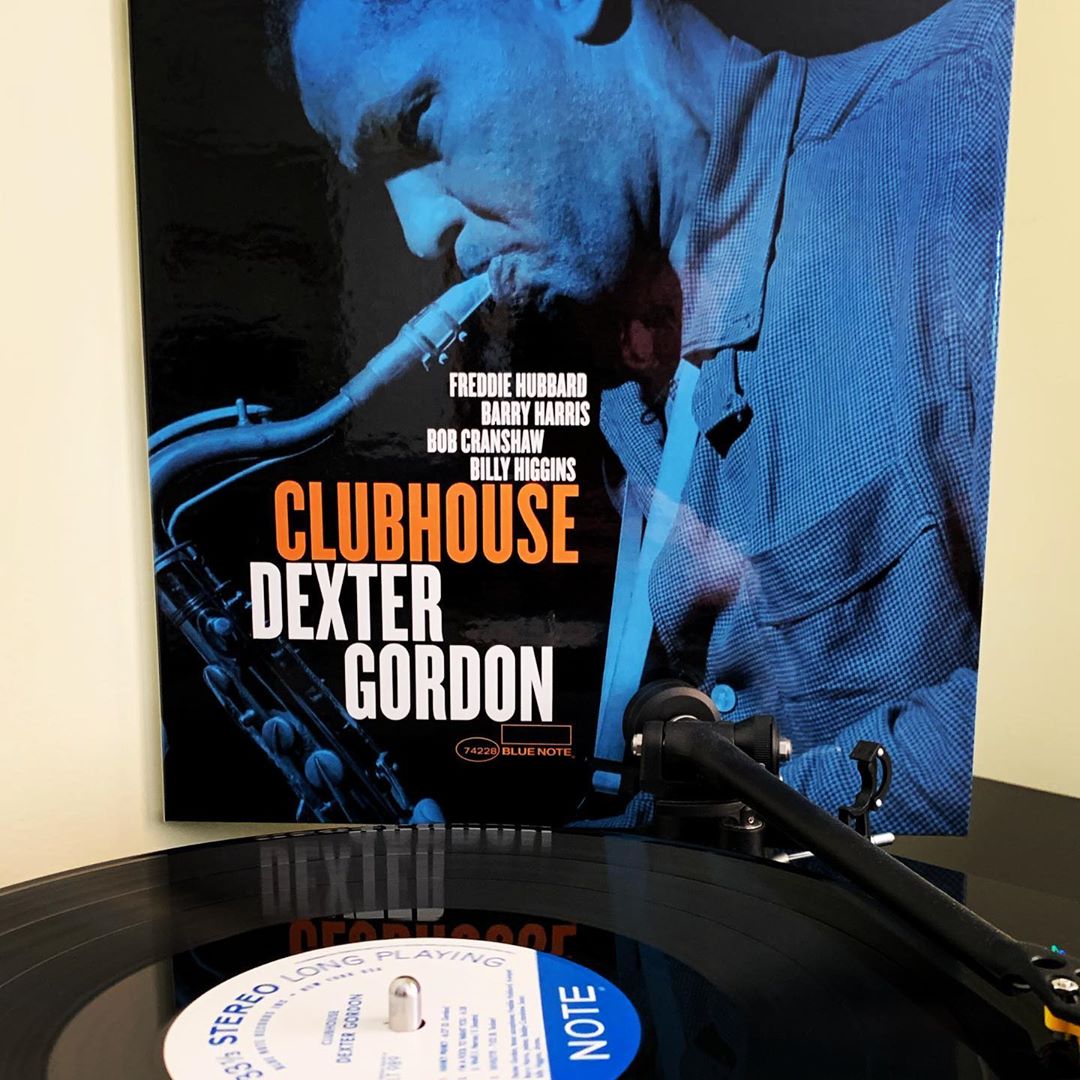 Take the rhythm section from ‘The Sidewinder’: Barry Harris (piano), Bob Cranshaw (bass), and Billy Higgins (drums); add peak-period trumpet fireworks from Freddie Hubbard; put them under the guidance of Long Tall Dexter Gordon and what do you do with the resulting music? Stick it in the vault for 15 years! 🤦🏻‍♂️ I suppose given Dexter’s run of @bluenoterecords greatness during that era there may have been some concern about flooding the market. And as I said in a previous post about these vaulted Blue Note sessions, this album—now that it’s widely available—may never get it’s fair day in court given that Dex’s other classic BN albums have had decades of head start in terms of discussion & admiration, so ‘Clubhouse’ may always be considered an also-ran. Hogwash I say—this is not AT ALL a second-tier album. The quintet’s reading of Frank Sinatra’s “I’m A Fool To Want You” is achingly beautiful, and to my ears the highlight of the session. Bassist Ben Tucker contributes a tune called “Devilette” which is a minor modal masterpiece with both Dex and Hubbard shining brightly. While ‘Clubhouse’ did finally see the light of day in 1979, it’s finally getting the royal treatment it always deserved. Available this week as part of Blue Note’s ‘Tone Poet’ series overseen by Joe Harley and Kevin Gray, it’s another job excellently done with dead quiet vinyl, outstanding sonics and under-known/under-appreciated music made more widely available. Let’s call it audiophile-grade vinyl/packaging at a non-audiophile price. Terrific attention to detail: music, packaging, and sound are all top shelf. Fantastic!