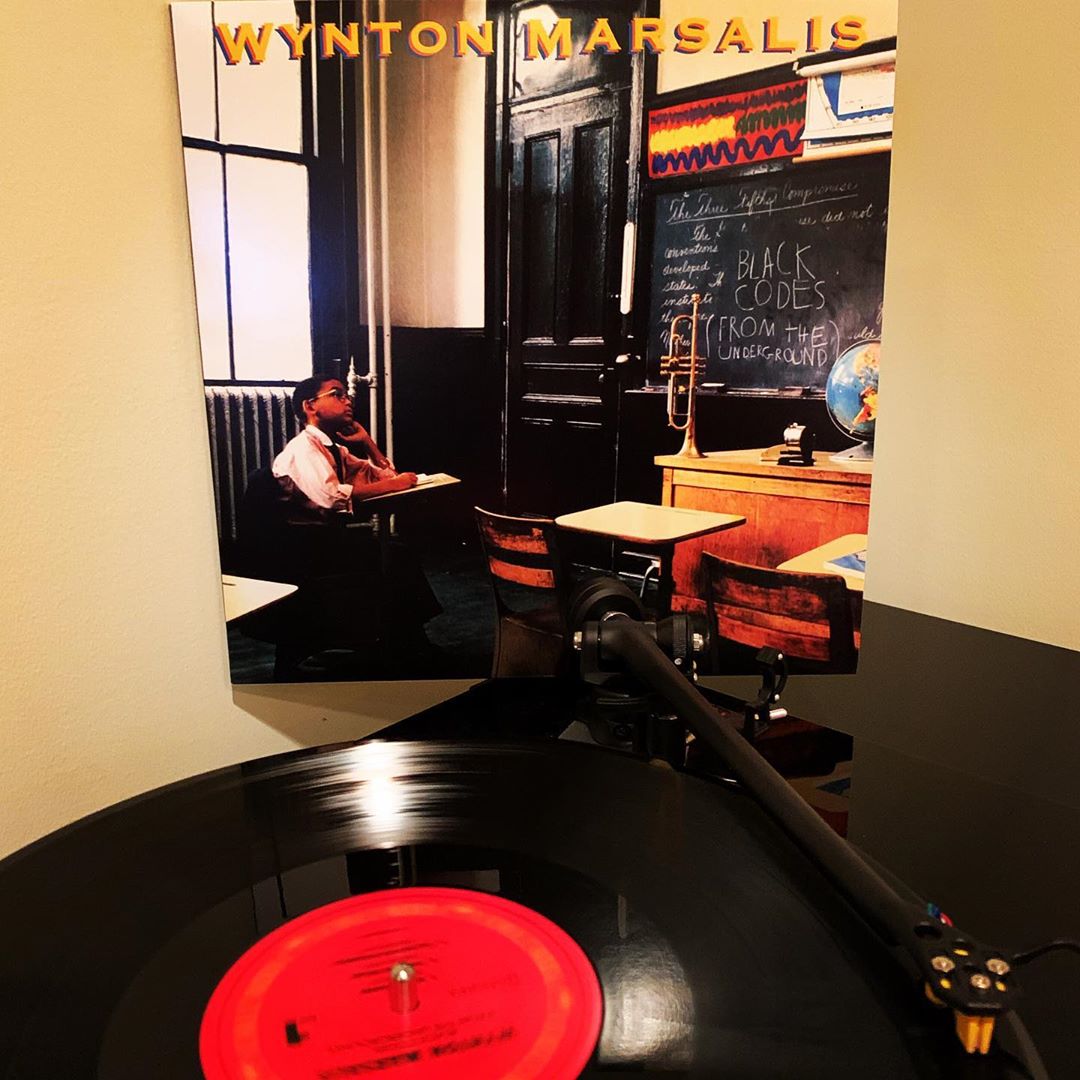 So much has been said and written about Wynton Marsalis, it can be difficult to approach his music with open ears. His arc of ascent was remarkable—he was a teenage member of Art Blakey’s Jazz Messengers, then as a solo artist he quickly became an icon of the “young lions” jazz renaissance in the early 80s, winning multiple Grammy awards (in both jazz and classical categories) and capturing media attention with strong views on what jazz was/wasn’t/should be/shouldn’t be. The reaction from fans and critics was deafening, and depending on whom you spoke with or what you read, he was either the greatest thing happening in jazz or the worst thing to ever happen TO jazz. Yet somewhere between the balderdash and beyond the brouhaha, Wynton Marsalis—an extraordinarily skilled composer, bandleader and trumpet player—released quite a few killer records. This record in particular ‘Black Codes From The Underground’ caught my attention. It was described to me as having some shared DNA with Miles’ Second Great Quintet. While I hear that to a degree, to my ears this album evokes V.S.O.P., largely due to a busier and more virtuosic approach to instrumentation taken by Marsalis’s band. Marsalis along with his brother Branford (sax), bassist Charnett Moffett, pianist Kenny Kirkland and drummer Jeff “Tain” Watts work hard to capture both your attention and imagination. Mission accomplished—Marsalis has INCREDIBLE technique and his band is equally adept at their respective instruments. Bonus points to the late Kenny Kirkland, whose piano accompaniment and solos are extraordinary; as well as drummer Jeff “Tain” Watts whose rhythms, counter-rhythms and counter-counter-rhythms keep everyone on their toes. The tunes are all interesting and have plenty of depth—there’s certainly that same spirit in exploring what’s possible with time and space that was so frequently channeled by the @milesdavis Second Great Quintet. It’s a gorgeous sounding recording too. Recommended for post bop fans, and an excellent point of entry in exploring the catalog of Wynton Marsalis.