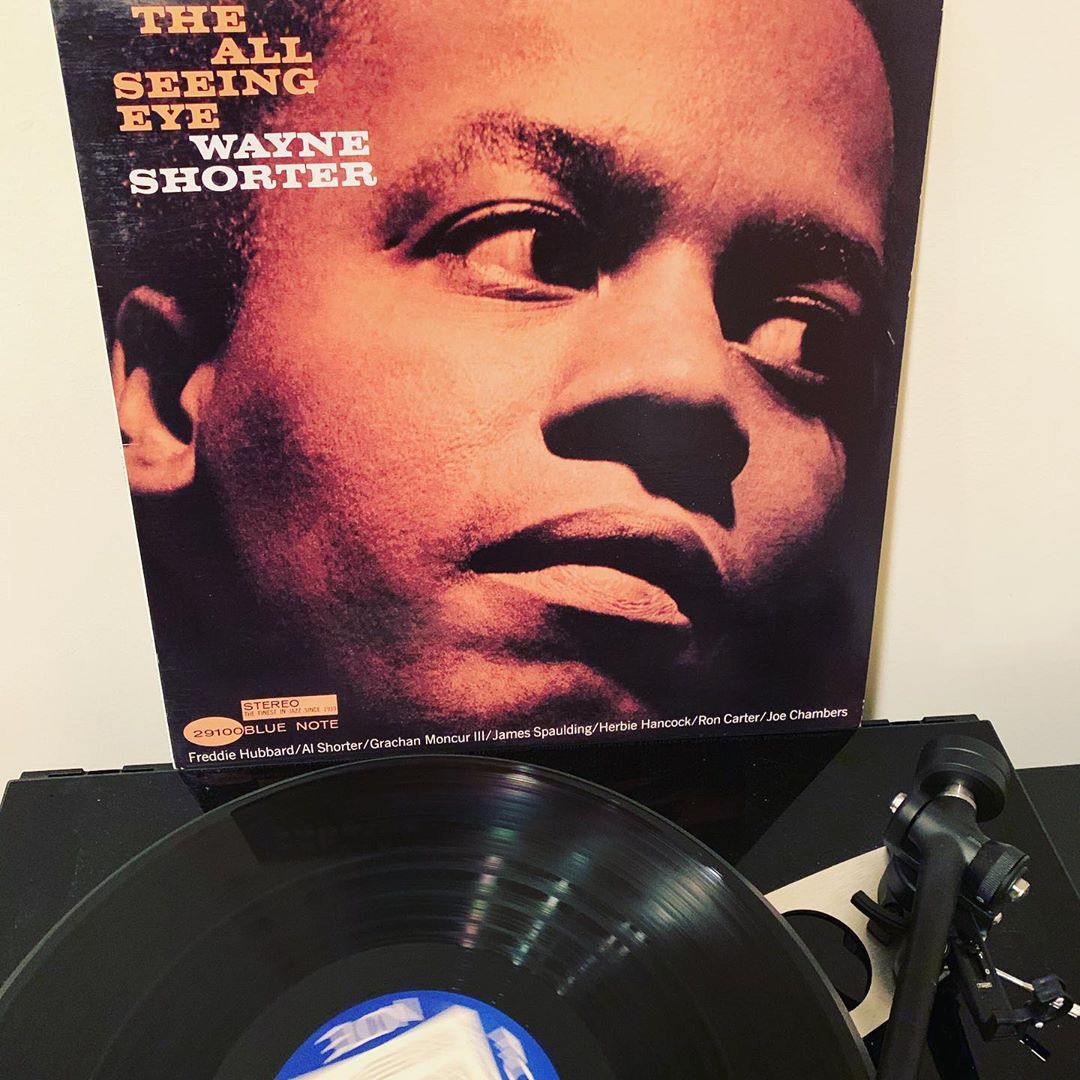 Without question the boldest album Shorter had made in the 18 months since leading his first album for Blue Note in April 1964. His tenure @bluenoterecords had started years before, participating in legendary sessions with Donald Byrd (‘Free Form’), Lee Morgan (’Search For The New Land’), Freddie Hubbard (‘Ready For Freddie’) and several Jazz Messenger sets with Art Blakey. His skills and reputation as both player and composer grew rapidly during that time, kicking into overdrive as he grew into his leadership role which occurred only months before assuming the role of tenor sax man and compositional linchpin in @milesdavis Second Great Quintet. So by Fall 1965 having led a number of now-classic albums like ’Speak No Evil’, ‘Juju’, ’Night Dreamer’ and ‘Et Cetera’, his aspirations for ‘The All Seeing Eye’ were bigger, his compositions bolder and his approach grander. This was a “concept album” about life, the universe and everything; brimming with edgy hard bop, chaotic modal grooves, and explorations that often tap into the dark side of The Force. The true stars of the session are Shorter’s compositions: their framework provides ample freedom for exploration yet enough structure to keep things from collapsing into into freeform cacophony. Shorter’s well-chosen band makes the most of this: Freddie Hubbard (trumpet) Alan Shorter (flugelhorn) Grachan Moncur III (trombone) James Spaulding (alto sax) Herbie Hancock (piano) Ron Carter (bass) Joe Chambers (drums)…the largest line-up he’d led so far. These players sound truly liberated and inspired. The results aren’t for everyone (the three star review at Amazon has probably scared away more than a few folks unfortunately), but if you’ve got the patience and open-mindedness to take joy in the abstract enigmas of tracks like “Chaos” and the title track, this record may become a favorite sooner than you’d think. I find this a riveting listen.