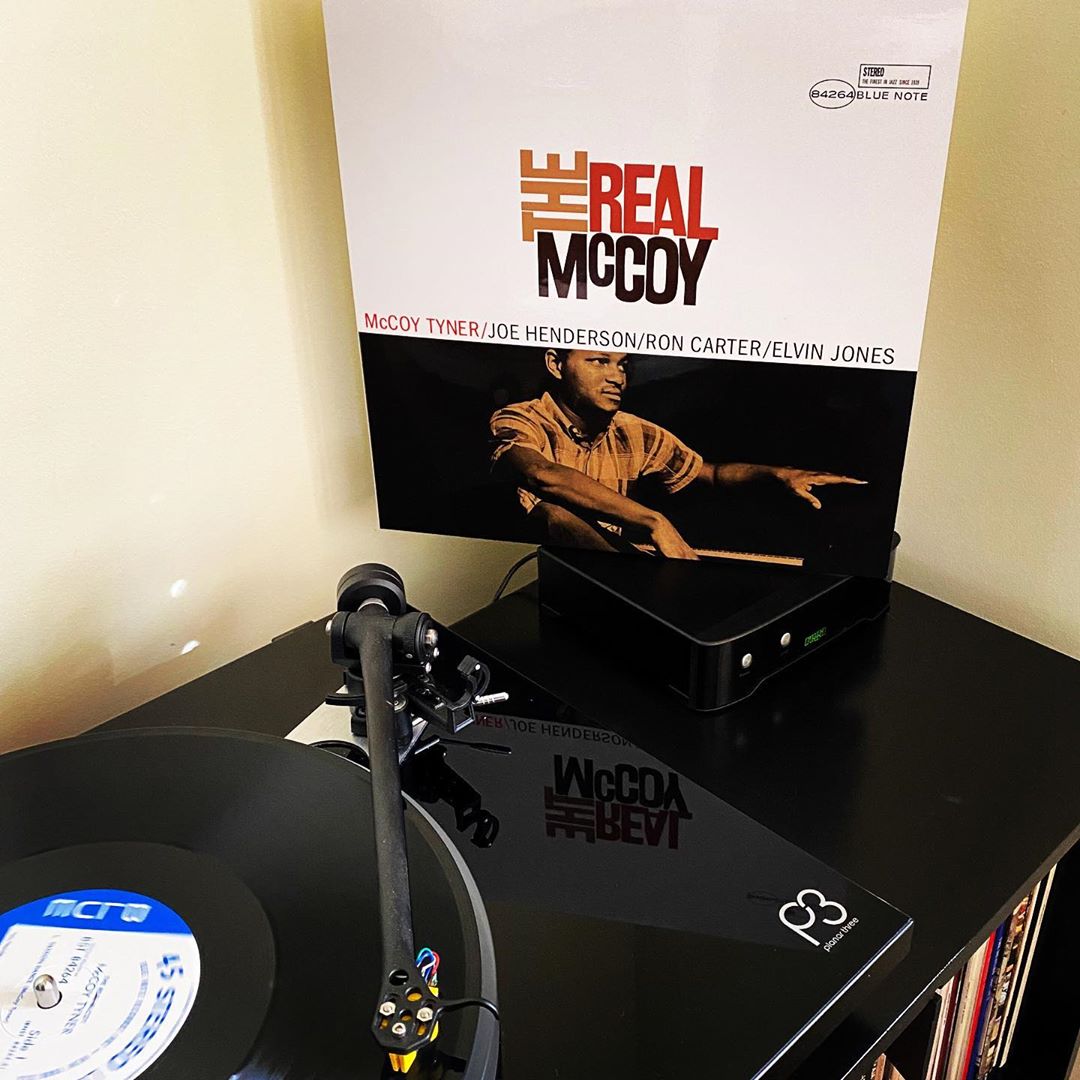 Stylings of the classic quartet and Second Great Quintet blend beautifully, creating a post-bop tour de force that’s both celebratory and reflective. There’s a lot to enjoy here. “Passion Dance” opens the record and grooves with unadulterated joy. Pair it with a strong cup of coffee, and your day is off to a GREAT start! “Contemplation” and “Search For Peace” are introspective ballads, thoughtful and deep but not somber. “Four By Five” is a labyrinth of intertwining lines and shifting time signatures, an engaging game of musicianship where everybody’s a winner. Then there’s “Blues On The Corner,” which certainly has blues in its DNA, but it’s more distantly related, like a second cousin, twice removed. One thing I always find striking about this session is the uniqueness of Joe Henderson’s voice. It’s easy and almost reactive to envision him as a understudy given the context, but that’s simply not the case. To my ears, Henderson is almost defiant in his insistence on being himself. His attack is sharp, and his lines are aggressive yet melodic. He prowls each measure like a restless panther, attacking with counterpoints to Tyner’s block chords with lithe athleticism. He doesn’t do so with the cold, ruthless efficiency of a predatory cat, but rather with a passion and soulfulness that brings the most out of every tune. All the while, Ron Carter brings the @milesdavis SGQ structural and time freedoms to bear, NONE of which throw Elvin Jones off, even for a moment. Years of partnership with Tyner under the mentorship of Coltrane have created a personal, sympathetic communication between them that ensures they’re working in lockstep. I don’t know that this is the best @mccoytyner album, but it’s certainly one of the two I reach for most often. Essential. Music Matters Jazz 2XLP 45RPM pressing…best I’ve ever heard it!