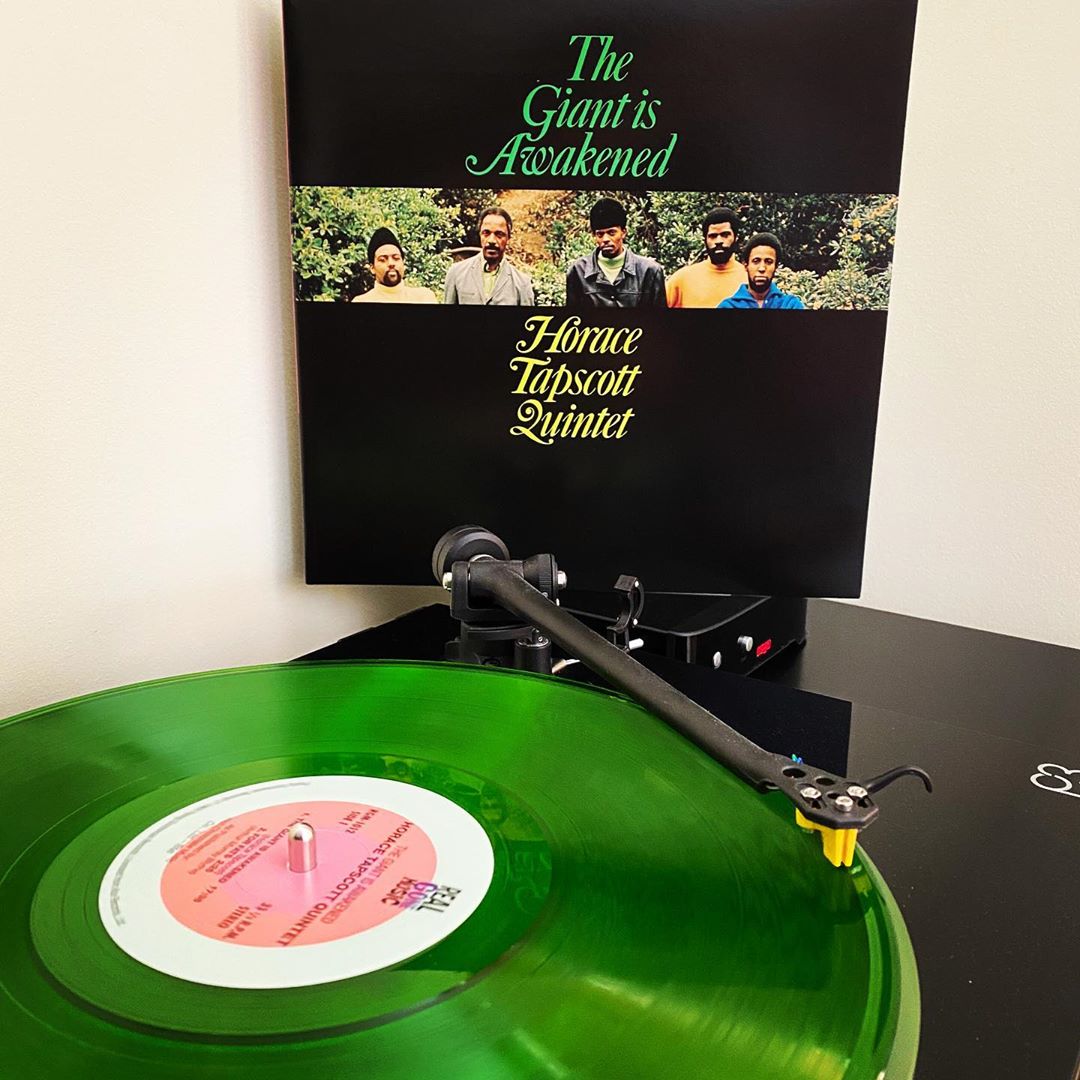 The title is apt—the musical, political, and social repercussions that contextualize Horace Tapscott’s debut album continue to resonate today. The LA collective, which gave birth to the Pan-Afrikan Peoples Arkestra (P.A.P.A.) which evolved into the Union of God’s Musicians and Artists Ascension (UGMAA)—both a precursor to Kamasi Washington’s current collective. The spiritual and modal frameworks that channeled a motley collection of feelings—anger, hope, frustration, love, sadness, faith, and acceptance—into a narrative were powerful. Often profound. This LP covers a lot of ground, as freer waypoints appear along the spiritual pathways, making for a fascinating set of journeys. The nearly sidelong title track is quite a trip. The quintet has an interesting lineup with Tapscott on piano, Arthur Blythe KILLING IT on alto sax, Walter Savage Jr. *AND* David Bryant on bass, and drummer Everett Brown Jr. Originally released on Flying Dutchman in 1969, this is a 2020 reissue on Real Gone Music, limited to 1,000 copies. Loving this record!