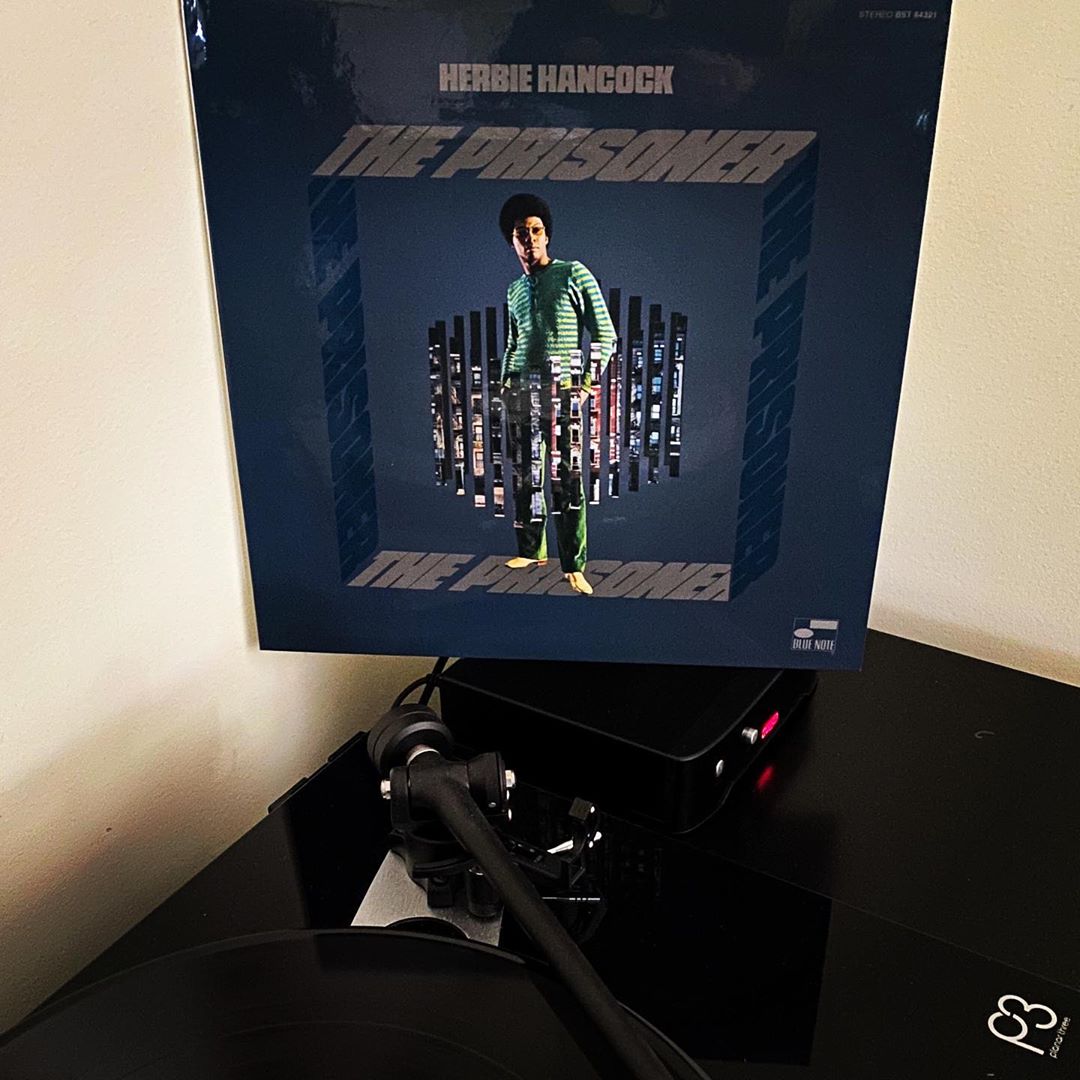 Before I knew better, I misinterpreted the cover art as a soundtrack, and the credits noting electric piano and flute gave me pause that the music was going to lean electric, funkified, proto-fusion; with Starsky & Hutch-Esque car chase vibes. Wrong, wrong, wrong. ‘The Prisoner’ is more like a larger-format transmogrification of Miles Davis’ Second Great Quintet meets Gil Evans. So to others who perhaps made a similar error in snap-judgment, or who’ve passed over this little-discussed title in the Herbie Hancock discography, I encourage you to open your ears to this great, under-recognized masterpiece. I’m pleased (and grateful) that the team at Blue Note/Tone Poet saw fit to reissue ‘The Prisoner’ as part of their series. I pre-ordered a copy the moment it was announced and given the state of things, I was surprised and delighted to see it on the doorstep today. ‘The Prisoner’ is a post-bop session from April 1969, showcasing Hancock’s playing and composing chops in the context of a formidable nonet: Joe Henderson (tenor sax/alto flute), Johnny Coles (flugelhorn), Garnett Brown (trombone), Tony Studd (bass trombone), Hubert Laws (flute), Jerome Richardson (bass clarinet), Buster Williams (bass), & Albert Heath (drums). The liner notes and song titles—along with subsequent interviews and articles—allow Mr. Hancock to establish his narrative: “The Prisoner” as a metaphor for the African-American experience, in what Hancock calls “a social statement in music”. The LP is also his dedication to the memory of Dr. Martin Luther King, Jr. It’s a gripping listen—cerebral, dense, and with an overall tone I’d describe as somewhat solemn, but it’s not gloomy or heavy-hearted despite the gravity of the subject matter. Hancock, Henderson, and Coles are the standout players, though this is truly a team effort. This pressing sounds HUGE with marvelous separation among the instruments, a deep low end, and the vinyl is perfectly quiet. A job well-done on a reissue that hopefully gives this overlooked record another day in court. Apologies for the crap photo…the LP jacket looks great but is rather reflective!