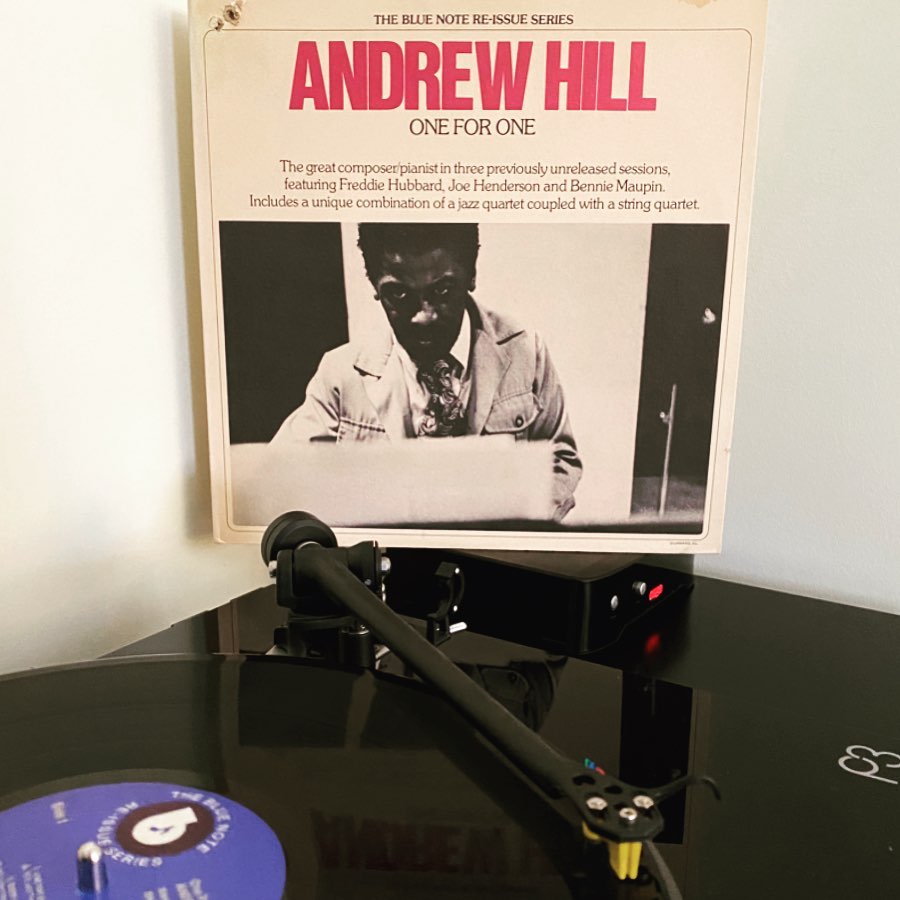 I can’t honestly say that Andrew Hill’s music is the easiest or most obvious jazz to get one’s head around. But I can honestly say that his music has been some of the most consistently thrilling, engaging, and satisfying music I’ve discovered. The unexpected is the only constant in his boundary-testing music, and his run of excellence at Blue Note from 63-70–with over 15 albums worth of material that were all top shelf—is the stuff of legend. ‘One For One’ is a 1975 compilation from 3 previously unreleased sessions:
1965: Freddie Hubbard (cornet) Joe Henderson (tenor sax) Richard Davis (bass) & Joe Chambers (drums)
1969: Bennie Maupin (tenor sax, flute) Sanford Allen (violin) Al Brown, Selwart Clarke (viola) Kermit Moore (cello) Ron Carter (bass) & Mickey Roker (drums)
1970: Bennie Maupin (tenor, flute & bass clarinet) Pat Patrick (alto, flute & baritone sax) Charles Tolliver (trumpet) & Ben Riley (drums)
“Ocho Rios” from the ‘65 session may be my favorite Hill track, ever. Some of the material (and then some) was eventually issued as ‘Pax’ and all if it (and even more) was issued as a Mosaic 3CD box some years later. I like the way Joe Henderson is mixed on this LP more so than the CD—to my ears, his presence is more ferocious on vinyl, and he’s going more toe-to-toe with Hubbard. On the CD, there’s something about the mix that makes him sound a bit tamer, which gives a different sonic fingerprint to the session, relegating Henderson more to the role of straight-man to Hubbard’s youthful brashness. But that’s my ears, and you should trust yours, and both LP and CD have lots to offer. The Blue Note Classics Twofers LP series is largely high quality, with unissued material and good liner notes. Most can still be found without too much trouble or $, but they have gotten scarcer, and prices have risen…if you collect, don’t sleep on these. I have yet to get one I haven’t loved.