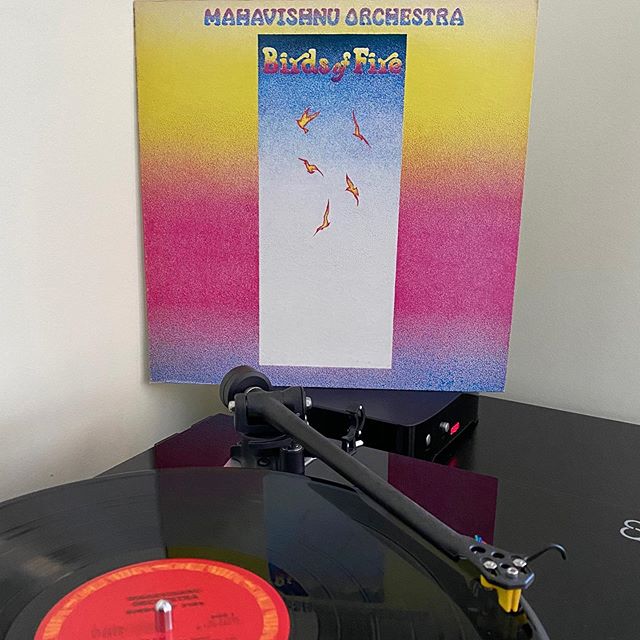 Never has brutality sounded so beautiful or precise. ‘Birds of Fire’ is considered by many to be the slightly tamer, more compositionally mature brother of the Mahavishnu Orchestra’s debut LP ‘The Inner Mounting Flame,’ but I don’t know about this notion of “tamer.” Sure, it’s a bit less raw in terms of production values, and as a band, their relentless touring had made them impossibly tighter. But the molten core of nuclear energy that powered the Mahavishnu Orchestra was hotter than ever, making them one of the few jazz/rock bands that—when in beast mode—could make even the mighty Black Sabbath piss their pants and beg for mercy. At the same time, they could also toss a dozen eggs between them without cracking a single shell, playing with a delicacy and sensitivity that made them one of the most dynamic acts ever to set foot on stage, or enter a recording studio. In the 30 months they recorded and toured together before imploding, they left in their wake a long trail of blown speakers and blown minds. On this I’m thinking strategically: *THIS* is how we defeat the Murder Hornets, people….BIRDS OF FIRE!