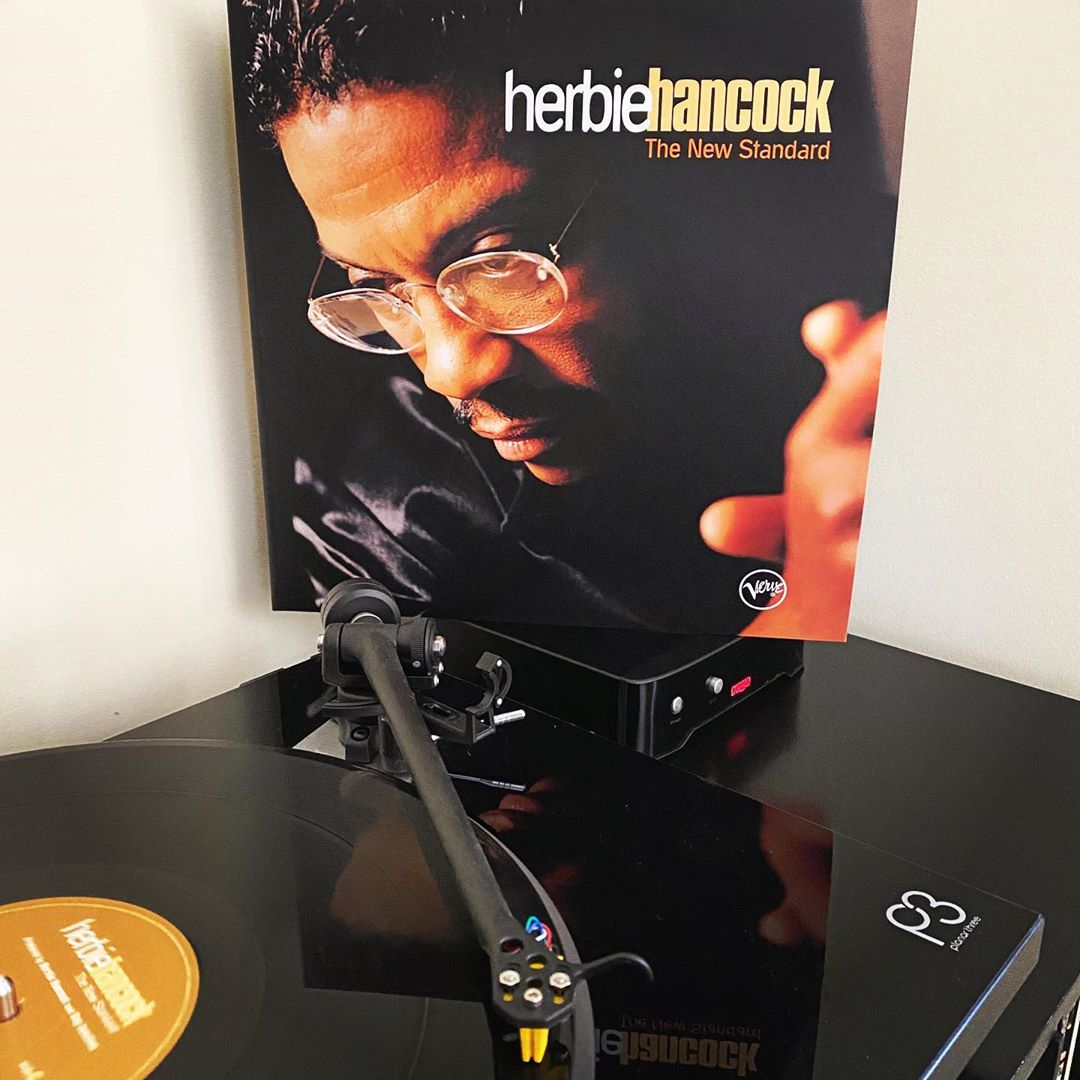 ‘The New Standard’ was issued in 1996 and contained Herbie Hancock’s reimagining of tunes by Nirvana, Prince, Stevie Wonder, Sade, The Beatles, Simon & Garfunkel, The Eagles, Peter Gabriel, & Steely Dan. While on paper this may look like a setup for background music for The Weather Channel, remember whom you’re dealing with here! Mr. Hancock assembled a band to realize this vision that included Michael Brecker-tenor/soprano sax, John Scofield-guitar, Dave Holland-bass, Jack DeJohnette-drums, and Don Alias-percussion. Have no fear that this isn’t a killer jazz record through and through—in most cases, the most recognizable hook of each song’s melody is only briefly referenced. Then it’s off to the races, as Herbie & Co lead us into an alternate universe where the jazz inclinations of Prince or Donald Fagen & Walter Becker are amplified, and jazz possibilities previously unexplored in the writing of Kurt Cobain or Don Henley are given a day in court. Great record. The first Japanese pressing of the CD has a bonus disc containing several live tracks that are also pretty fantastic. This 2019 pressing from Universal Korea was pressed at Pallas on 2 LPs and sounds terrific—recommended!