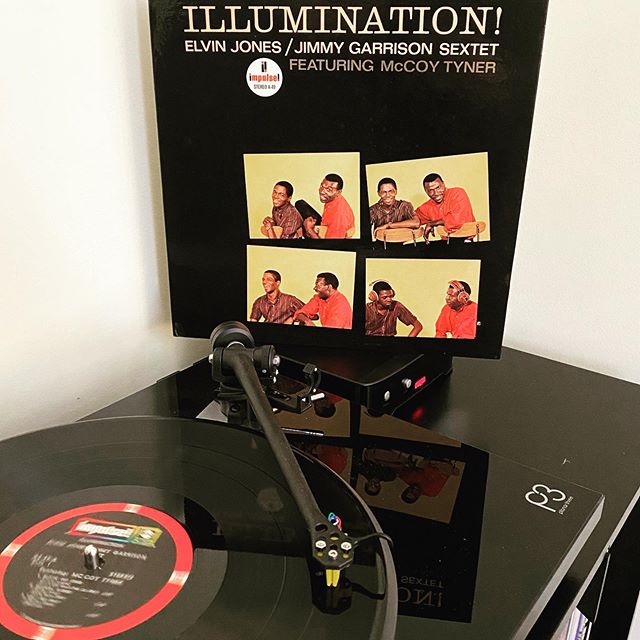 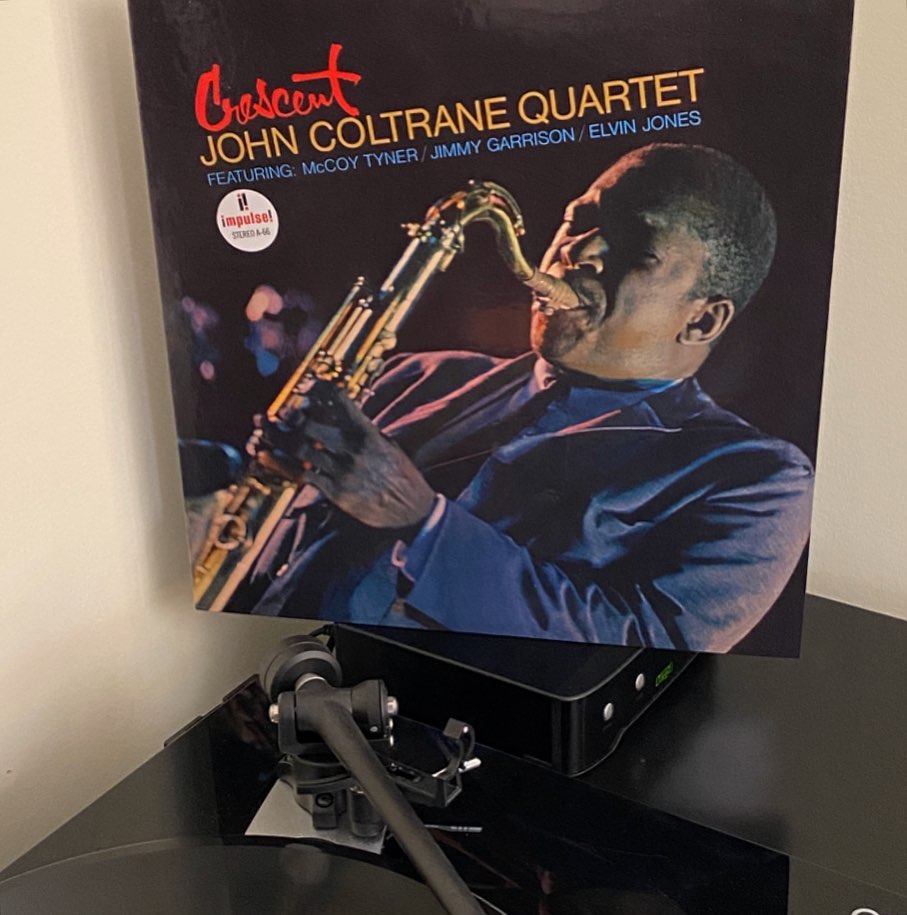 Coltrane and his classic quartet establish a meditative vibe of energy and sanctity for 90 seconds before dropping into one of my favorite ’Trane grooves. “Crescent” swings with a combo of questing and certainty—they’d go supernova on the next official release with ‘A Love Supreme,’ but here they’re floating effortlessly above terra firma rather than actively seeking to transcend it. It’s the best nine-minute journey you’ll take all day. The interplay between Coltrane and drummer Elvin Jones in the beautiful ballad “Wise One” is a masterclass in the use of understatement to speak volumes. This is doing more with less, choosing the right note at the right time with a great deal of sensitivity, rather than his “construction through destruction” or “sheets of sound” style of playing, and he nails it. The short, almost interlude piece “Bessie’s Blues” is a toe-tapper, with an upbeat bounce that demonstrates that as heavy as this quartet could be, they were also extraordinarily light on their feet when they wanted to be. Side B of the record is an interesting counterpoint to the A-Side—Trane doesn’t solo at all. That said, he’s still the guiding light, setting a somber mood with the (now) standard “Lonnie’s Lament.” The tune has one of my favorite piano solos—it is perfectly realized in every way. “Lonnie’s Lament” also has a Garrison bass solo that’s inventive, tuneful, and might hold the attention of those who’d usually use the bass solo as an excuse to go get a beer. The closing track “The Drum Thing” is a showcase for Jones (and a likely precursor to John Bonham’s “Moby Dick” workout from the mighty II) who is front and center. Like Garrison’s solo in the previous track, Jones plays a series of shifting patterns, tones, and styles that’s engaging, interesting, and incredibly impressive. ‘Crescent’ was recorded this day, 27 April, back in 1964. It stands in the mighty shadow of its follow-up ‘A Love Supreme’ for a good reason—most records stand in the shadow of ‘A Love Supreme’—but that doesn’t diminish the power, grace, and creativity that emanates from every groove. Essential 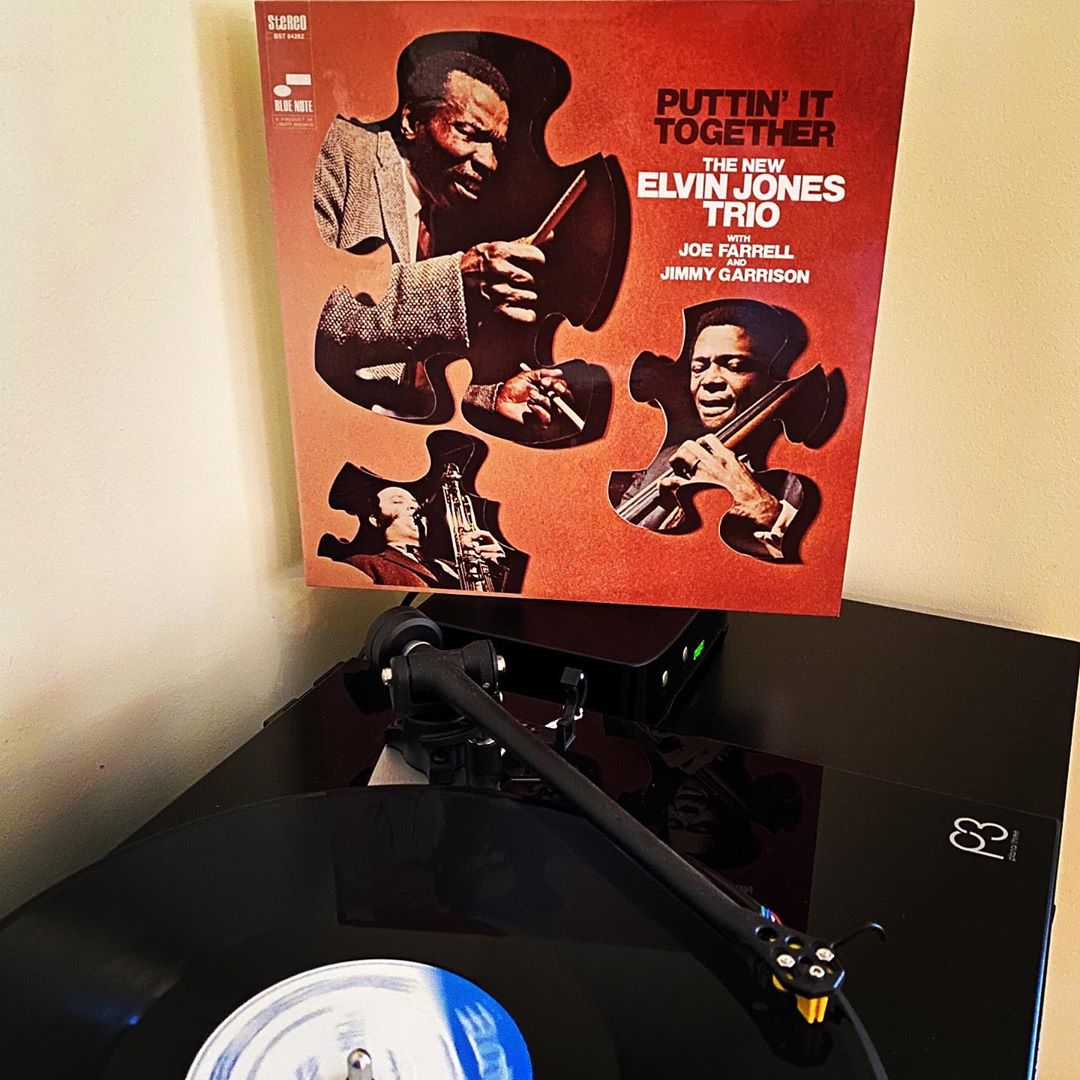 Elvin Jones ‘Puttin’ It Together’

Elvin goes to work leading a piano-less trio with longtime cohort Jimmy Garrison on bass, and Joe Farrell on tenor/soprano sax, flute, and piccolo. Everyone contributes a composition, which are matched with some well-chosen originals that showcase the versatility of this trio. For three guys, they sure make a lot of great noise, and I mean that with the utmost respect. In the world of rock, I’d say the same thing about Rush—they also sound WAY bigger than three guys. The sound is helped by a particularly sweet mix. It’s easy to see why Ron, Joe, and the rest of the Music Matters crew chose this one (and ‘Genesis’) for release. The music is generally high intensity, modal and advanced hard bop. Stylistically, it rarely strays into the mid-60s Coltrane sound one might expect. Yet there’s a power here that’s unmistakable. A presence that makes the session feel…charged. This is really excellent music that I highly recommend. ‘Putin’ It Together’ was Elvin’s debut for Blue Note as a leader, and set a high bar for his tenure at the label. He hit that bar and raised it on subsequent releases, particularly ‘Genesis’. I’ve not heard all of Elvin’s releases from the late 60s/early 70s, but every one that I have heard has been excellent and I look forward to discovering the rest. Recorded on this date, 4 April, 1968 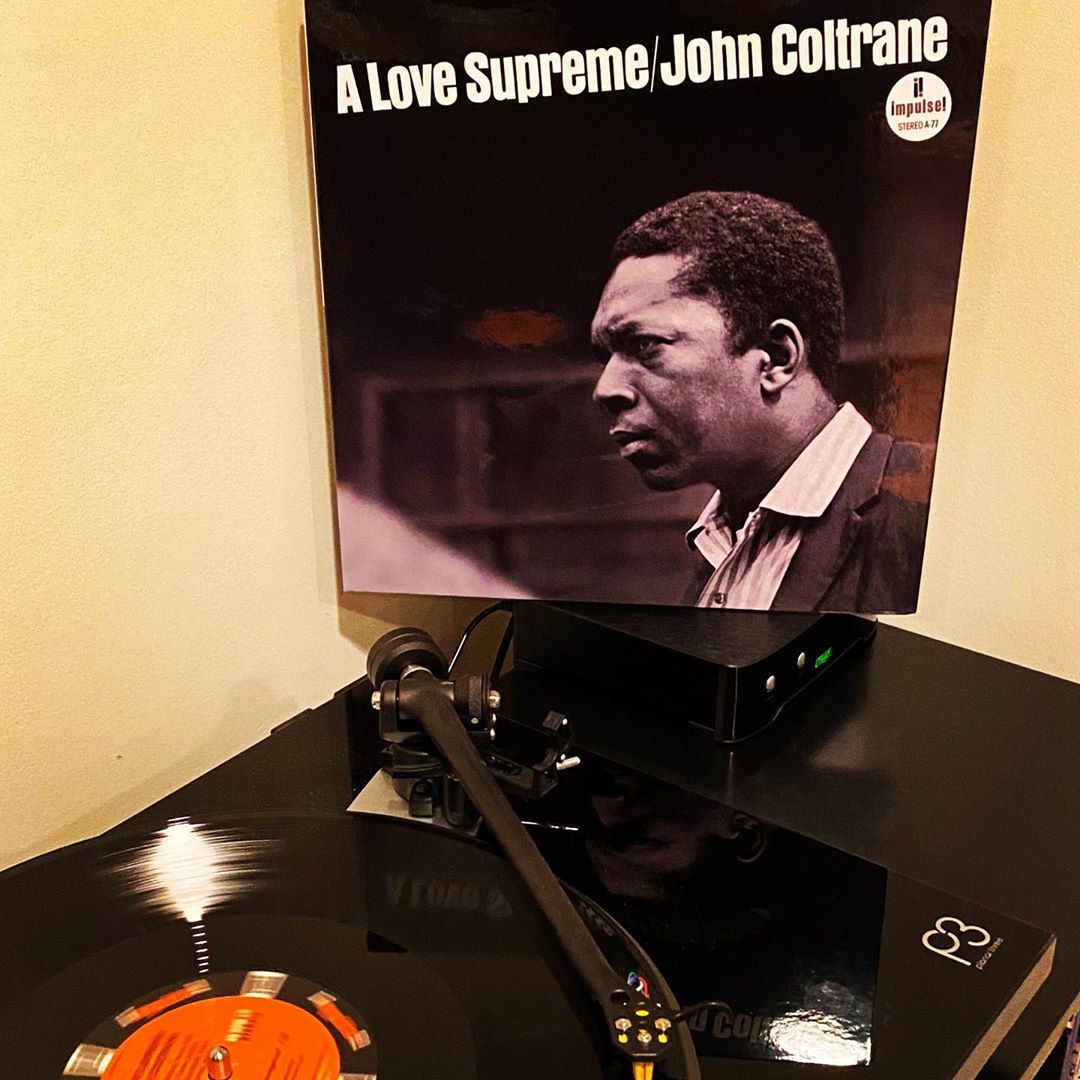 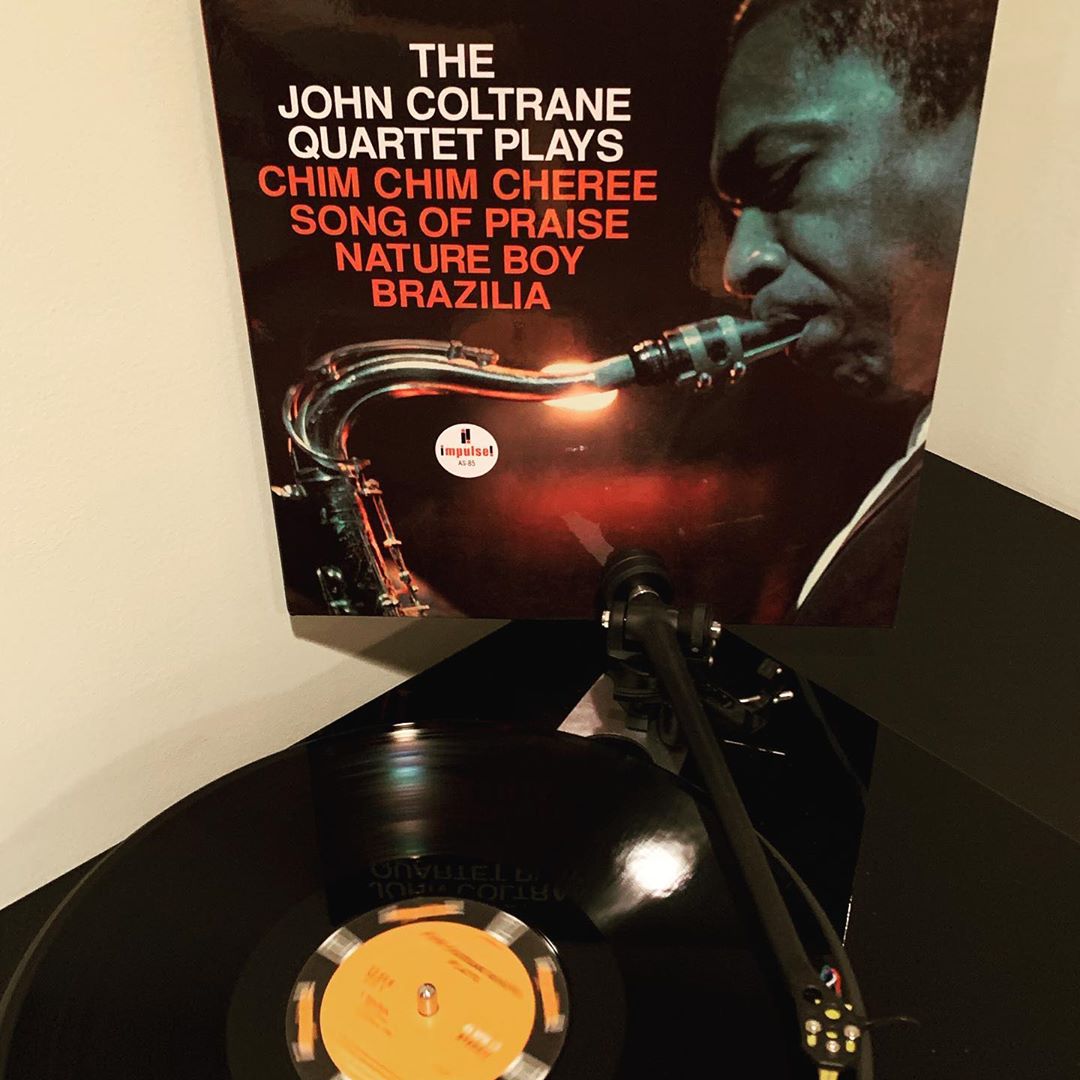