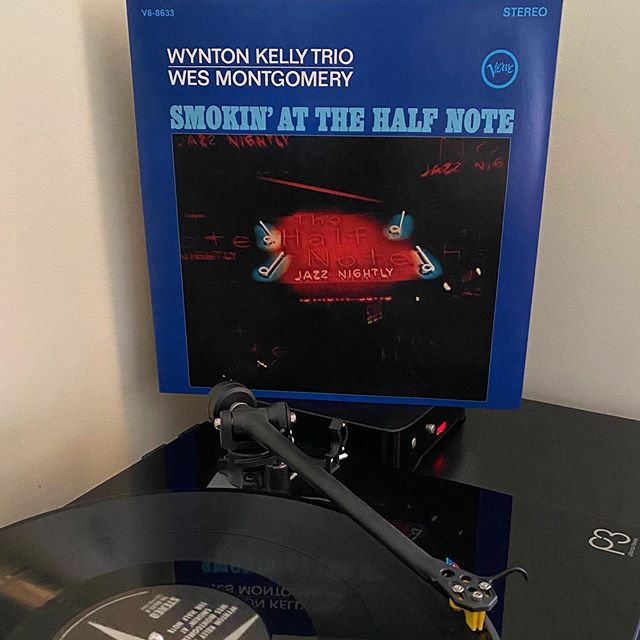 Wes Montgomery / Wynton Kelly Trio ‘Smokin at the Half Note’

I was saddened to hear that drummer Jimmy Cobb has flown from the world on Sunday at age 91. Many are rightly posting about his legendary contributions to ‘Kind of Blue,’ and he was the last surviving member of the group that brought that game-changing record to life. Mad respect! That rhythm section—Cobb on drums, bassist Paul Chambers, and pianist Wynton Kelly—made contributions to plenty of other top-shelf jazz records, like Art Pepper’s ‘Gettin Together,’ and this bad boy with Wes Montgomery, ‘Smokin at the Half Note.’ There’s incredible chemistry here between Montgomery and this rhythm section, and you can hear his confidence in their ability to change their state of matter effortlessly: solid groove, liquid solos, and high speed interplay that floats like hydrogen. RIP Jimmy Cobb, and thanks for all the music. You’ve left an amazing legacy for so many to enjoy 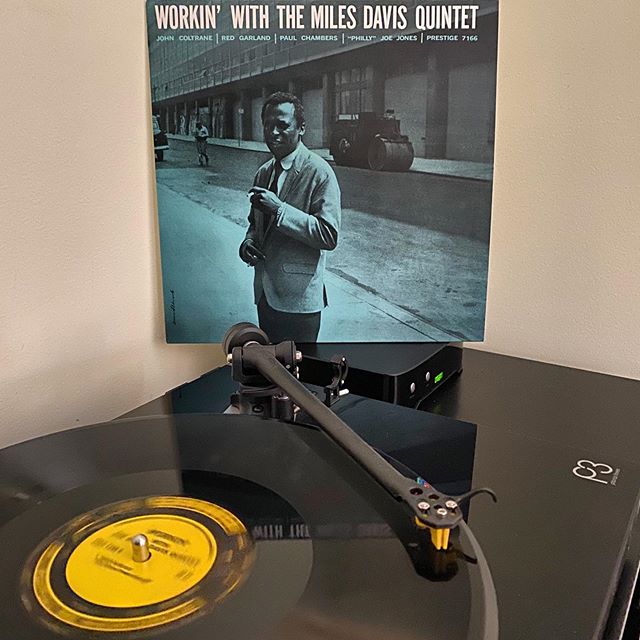 The Miles Davis Quintet recorded four albums of material over two dates in 1956, one of which was today, 11 May. All four are essential snapshots of one of the most important small combo jazz groups of their era who helped define the hard-bop sound. Workin’, Relaxin’, Cookin’, & Steamin’ With all feature John Coltrane-tenor sax, Red Garland-piano, Paul Chambers-Bass and Philly Joe Jones-drums. Personally, I tend to get obsessed with the @milesdavis Second Great Quintet, but when I go back to these records I’m always reminded of how freakin’ amazing they are. For example, take a good listen to the opening ballad from this LP “It Never Entered My Mind”, a Rogers & Hart tune that Miles had previously done a couple of years earlier with Horace Silver. The performance here is transcendent—if it doesn’t give you all the feels, check yourself for a pulse. Seriously. This track is all about Miles, Red Garland and Paul Chambers. John Coltrane plays only two notes, and both of them are PERFECT. “It Never Entered My Mind” could be my answer to questions like “Why jazz?” Or “Why Miles?” Or “What do you mean by ‘feel’ in music?” and still it’s just the tip of the iceberg. All four of these Miles Prestige albums belong in your library, whether as individual LP titles or through the excellent @craftrecordings collection which presents them in a single boxed collection, chronologically. The 26 tracks recorded over these two dates were all first takes, and represent Miles leaving Prestige on a high note, prepped to join Columbia Records to level up and take things even further 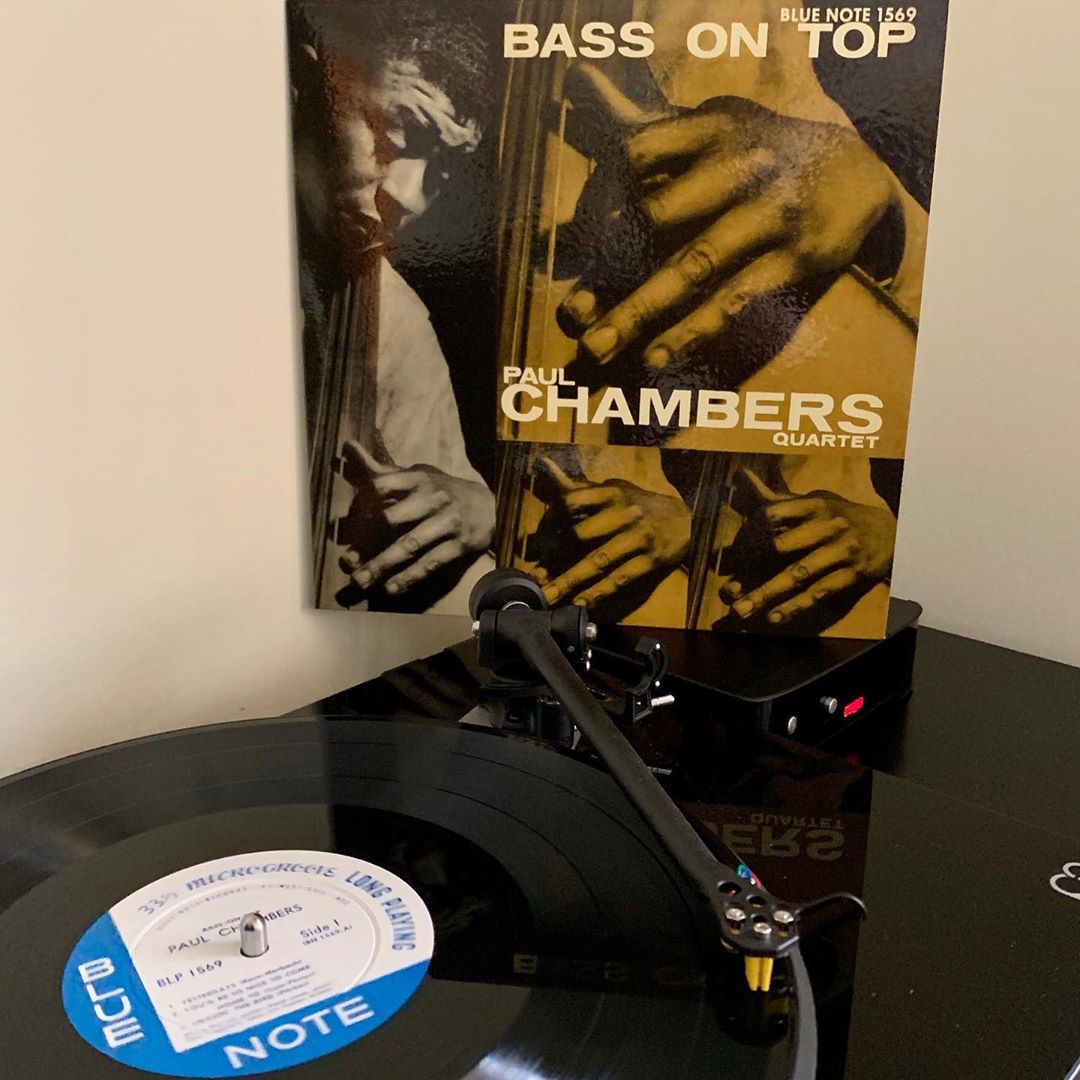 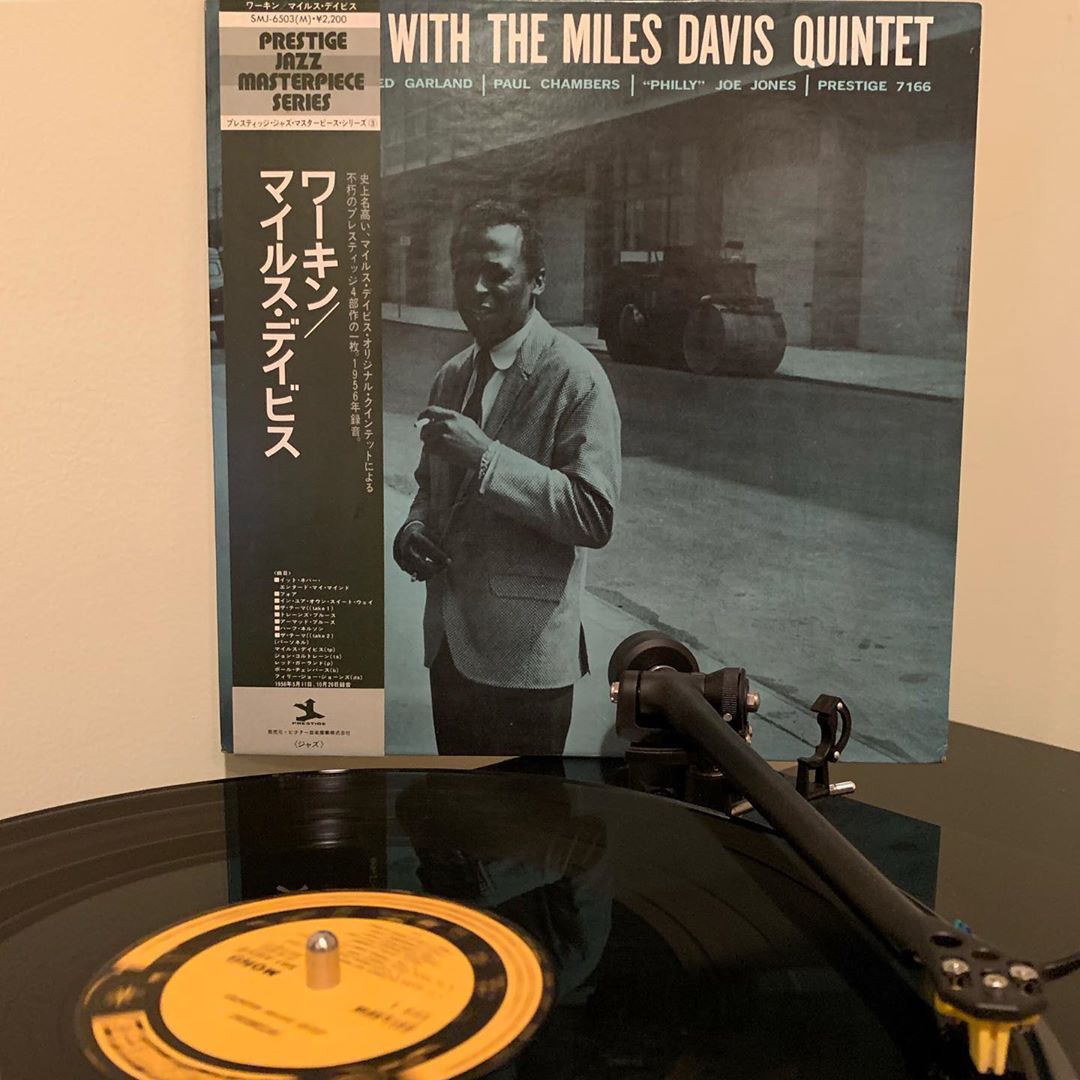