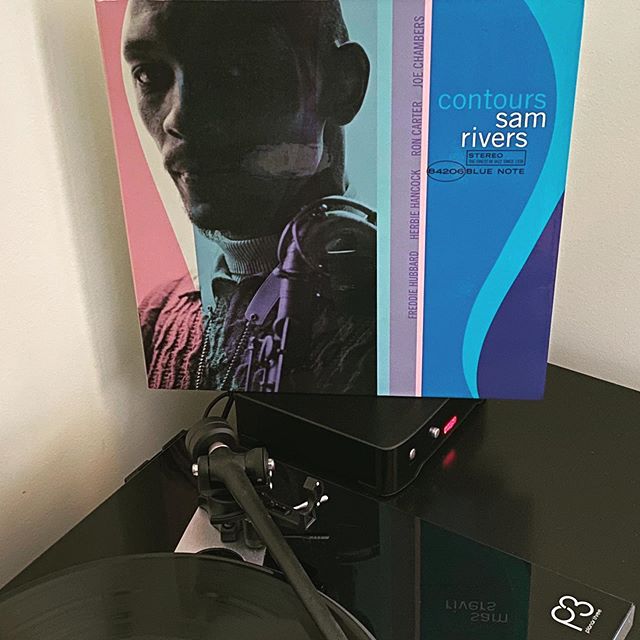 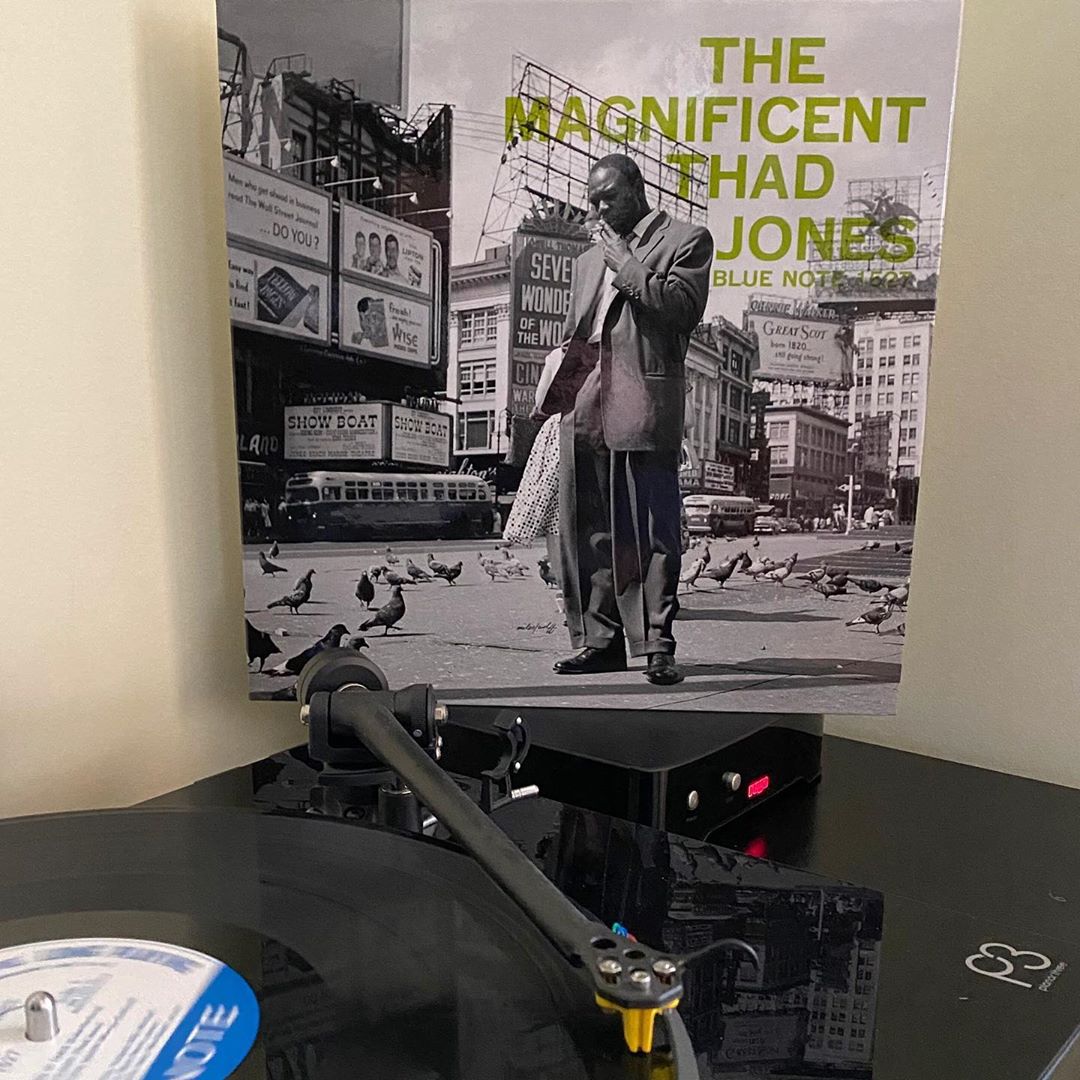 An LP deserving of its title—this album can make a jazz lover out of pretty much anybody. ‘The Magnificent Thad Jones’ is one of the Crown Jewels in Blue Note’s catalog, one of Rudy Van Gelder’s finest hours as a recording engineer, and a record that’s the perfect aural response when someone asks you to help them understand the meaning of “swing.” There’s not much brash, grandstanding, high-octane here. Instead, the mix of mid-tempo toe-tappers and gorgeous ballads are delivered with sizzling elegance by a small combo that gels perfectly. Leader Thad Jones (trumpet) recruited Billy Mitchell (tenor sax), Barry Harris (piano), Percy Heath (bass), & Max Roach (drums) to record this gem at the Notorious RVG’s studio in Hackensack, NJ in July 1956. While the whole record is one big highlight, I call your attention to the bookend tracks: the opening ballad “April in Paris” is one of the most beautiful readings of this standard, and the rich, buttery tone that Jones coaxes out of his trumpet will melt your heart. Then there’s the long closing Jones composition “Thedia.” This mid-tempo masterclass is sophisticated swing, telepathic storytelling, and instrumental mastery that unfolds over ten, perfect minutes. I’d be remiss in not calling out the album jacket—one of my favorite Blue Note covers of all time that’s like opening a time capsule to mid-1950s Time Square, NYC. This Music Matters 33 mono pressing is huge, detailed, and an incredibly satisfying listen on this rainy Saturday morning. Strong coffee and strong jazz are good medicine these days. Magnificent 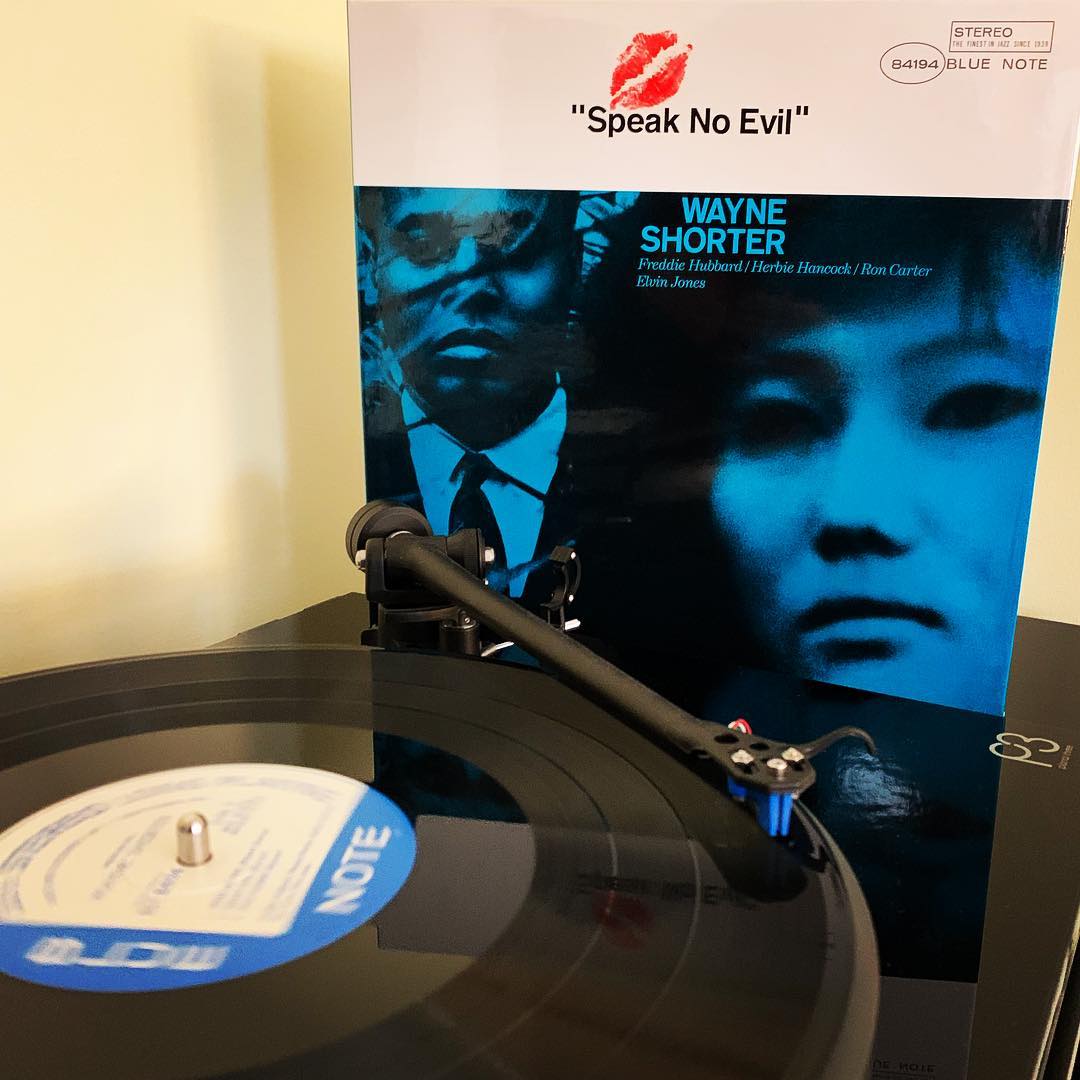