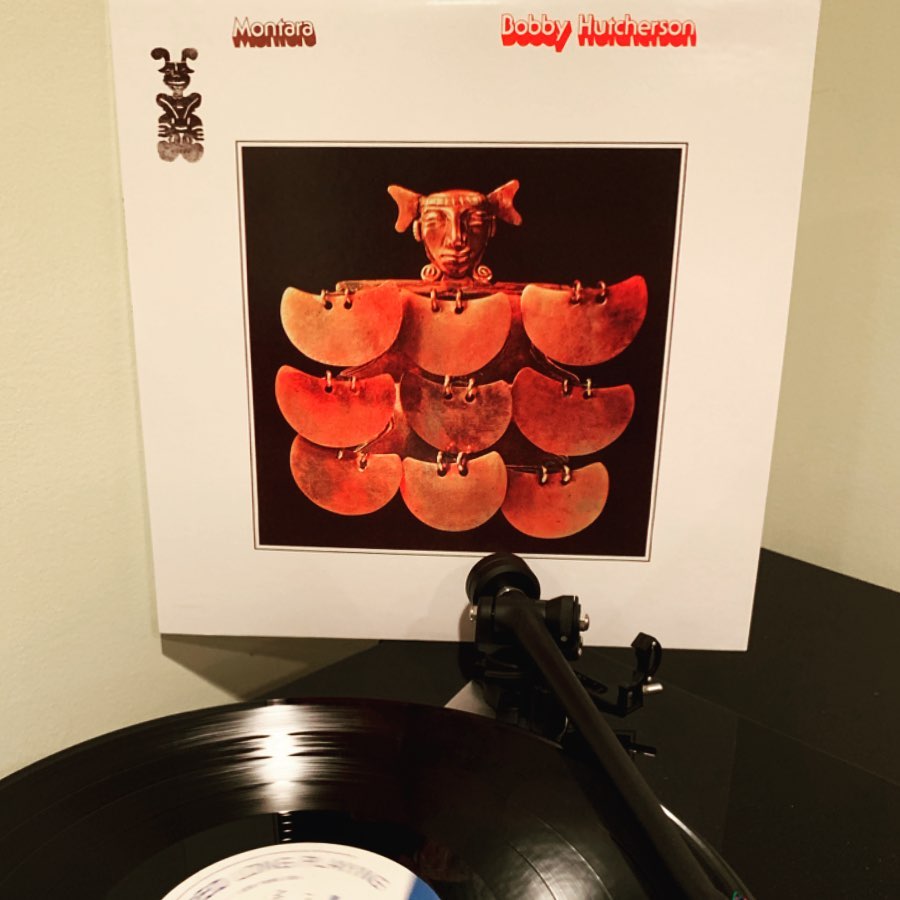 A wildly enjoyable, feel-good, summertime jazz record. Bobby Hutcherson’s ‘Montara’ (originally released in 1975) manages to be energizing and relaxing at the same time—an impressive feat. This album was the “fusion” offering in the Blue Note 80th Anniversary box issued via @vinylmeplease, and a record I’d seen quite a bit in the used bins when I worked retail, but it wasn’t an album I was familiar with. I’ve had a good time getting to know it over the last few weeks. I’ll agree with the sub-genre “fusion” in that it’s an electric jazz offering, and there are Latin-jazz and jazz-rock structures cleverly woven within the framework, but this isn’t a Mahavishnu-esque chops-fest or a one-way ticket to shredsville. It’s busy where it needs to be, often due to the sheer size of the band. They say two’s company, three’s a crowd. This album is either 9 companies or 6 crowds depending on how you want to do the math. The tune “Montara” has come around a few times, with The Roots taking a remix run at it in 1996, Madlib taking another swing again in 2003, and samples show up on all sorts of hip hop albums. It’s definitely one of those grooves that gets into your head and won’t let go. Fans of the Rhodes electric piano will hail the heroic playing by Larry Nash who is a formidable presence throughout the record. A recommended sundown spin as it has a perfect evening vibe. Vinyl is a bit elusive though not impossible, but digital availability is ubiquitous. Happy Fusion Friday!