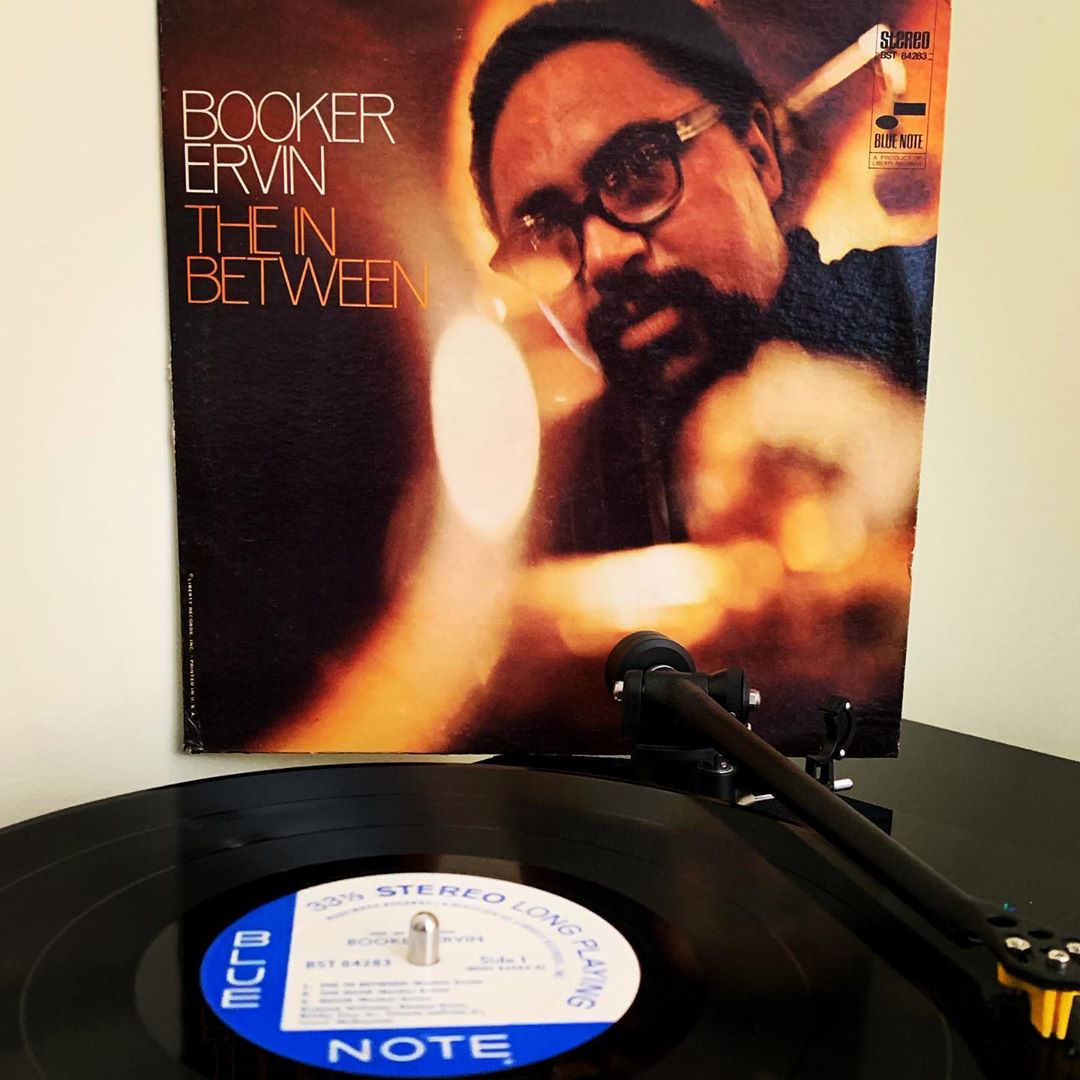 There’s bop. There’s hard bop. Then there’s Booker Ervin’s ‘The In Between’ which is hard-as-nails-and-twice-as-tough-bop. There’s a near-recklessness powering this quintet’s approach that’s electrifying. Side one in particular is filled with the kind of edge-of-your-seat playing that only a group of well-rehearsed virtuosos can pull off without the whole affair collapsing on itself. This quintet relishes in shaking the pillars of hard bop until they become structurally unsound to see who chickens out and bails first. Certainly not bandleader/tenorist/composer Booker Ervin, whose Texas-toned swagger is big, bold and unwavering. Nor trumpeter Richard Williams, probably the best known member of the group after Ervin. The rest of the band isn’t exactly a who’s who—Bobby Few (piano) Cevera Jeffries (bass) Lenny McBrowne (drums)—but they take these six Ervin originals to the edge and occasionally a bit beyond. It’s a truly bold, brave acoustic jazz record given its era. Fearless in fact. I’m somehow reminded of a scene in ‘The Hunger Games’ where heroine Katniss Everdeen is showing her archery skills to the disinterested powers-that-be, and in a moment of defiance and frustration she lets loose a perfectly aimed arrow through their midst. Well, that’s this album: a sharp, urgent flight of hard bop aimed at the executive elites who were fixated on commercial potential while artistry was taking a back seat, as the rock explosion of the mid/late 60s began to push jazz downwards on the priority list. Well this one’s a burner that makes no compromises, has no sappy covers, syrupy strings or weak funk. It’s in full-on, kickass mode throughout, and engineer Rudy Van Gelder—the Notorious RVG—really harnesses the full might of the players so that the sound punches you square in the face. Fear not—you’ll shake it off and say “thank you sir, may I have another?” DON’T SLEEP ON THIS ONE!