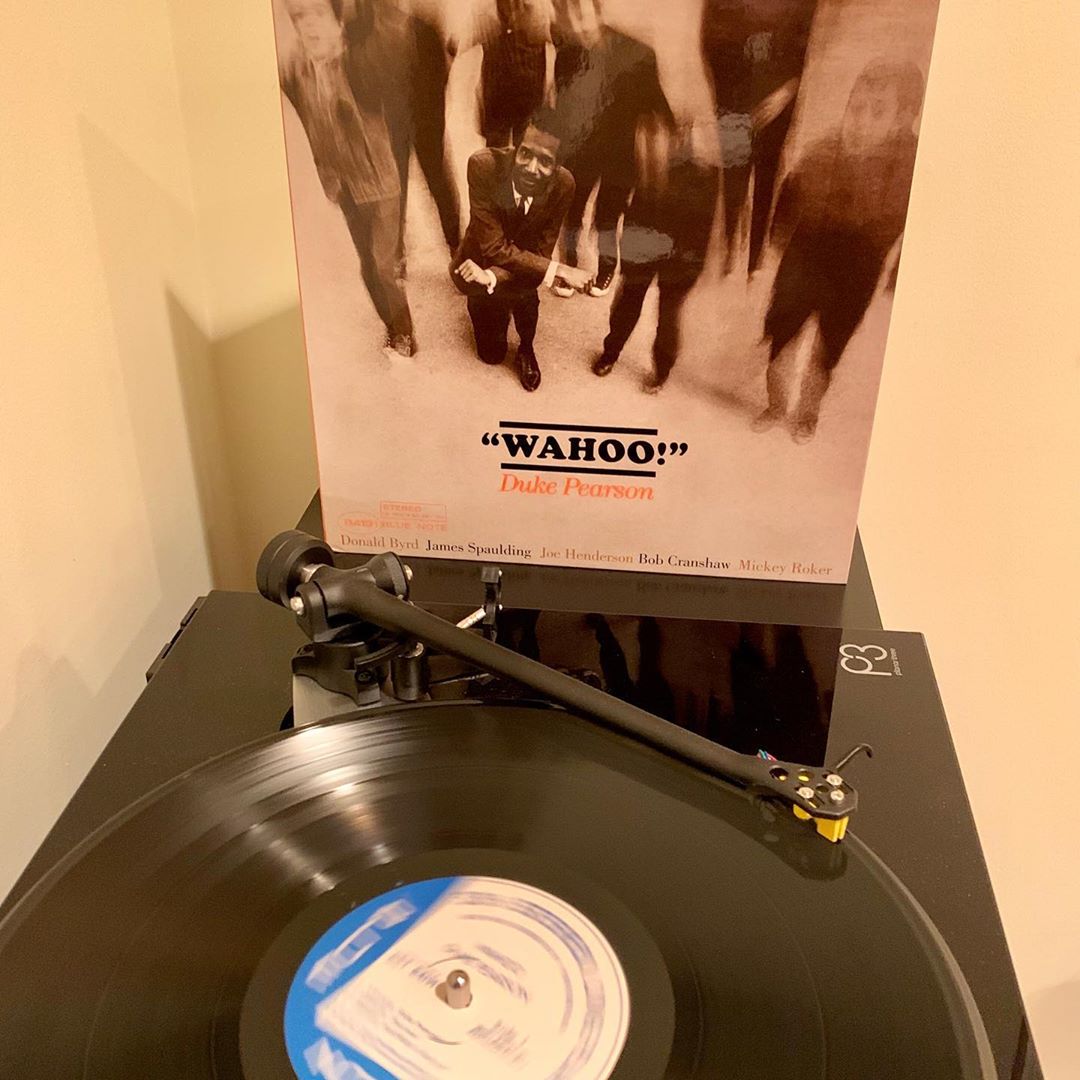 Brilliant. It takes a special gift to select a group of simpatico players with the chops to turn musical ideas into an album that moves effortlessly between unadulterated joy, thoughtful introspection, great improv, and relentless swing. Welcome to the world of Duke Pearson, one of the most well-rounded talents to ever walk both the corporate hallways and studios of @bluenoterecords. Pearson’s talents as a pianist are obvious right off, and on this album he also serves as primary composer (other than the closing track by trumpeter Donald Byrd), arranger and bandleader. Pearson also had a “day job”—he was head of A&R for Blue Note so he knew the business from both sides of the desk. This album has an interesting history—it slipped into a bit of relative obscurity as the master tape was inadvertently filed in the wrong box so it was “missing” for nearly three decades, reappearing a few years ago during a vault crawl and—having not been used/handled/transported for so long—was in excellent shape and brought to new life in the marketplace by the Music Matters crew. It’s a stunner—easily my favorite Pearson record. Helluva band too: Joe Henderson (tenor sax), James Spauding (flute/alto sax), Bob Cranshaw (bass), Mikey Roker (drums) and the aforementioned Pearson (piano) and Byrd (trumpet). The music from this 21 Nov 1964 session is often described as “advanced hard bop” which I suppose is close enough though it’s more than that. I can’t quite find the words to do it justice but there’s a real magic afoot here that must be heard to be understood. I suggest you do so at once!