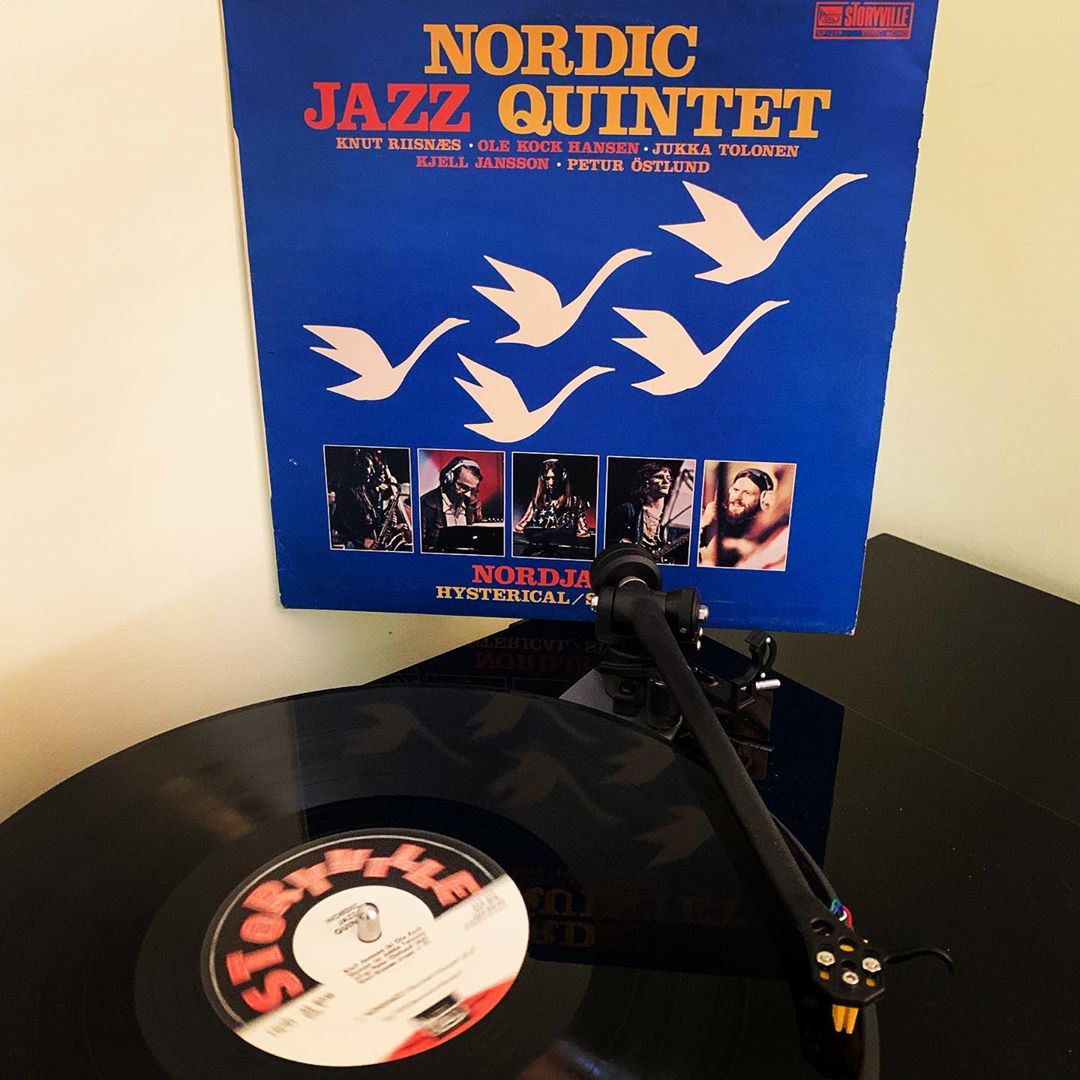 A loose, jammy, jazz/rock workout from this Scandinavian/Finnish/Icelandic one-off group. “Nordjazz” composed by flautist/saxophonist Knut Riisnaes takes up all of side A, overstaying its welcome just a bit due to an ill-advised drum solo from Petur Ostlund. A well-considered drum break with compositional intent is one thing, a tuneful drum solo with purpose is just fine, but this one is a grandstand-y chops fiesta that just goes on too long. Impressive, but we get the point. The two slightly shorter (though still plenty long) tracks on side B written by guitar whizkid Jukka Tolonen are a bit more compositionally interesting and not too far removed from the sound of his solo albums of that era. All in all, if you dig that mid-70s fusion sound—lots of Fender Rhodes, busy drumming, intricate bass lines, occasional flute/sax breaks and killer guitar playing, it’s a highly enjoyable listen though there’s nothing particularly memorable about the songwriting. Interestingly, for a rather obscure group and a scarcity on vinyl, digital availability is widespread—even HDTracks has this—so groove away on this lovely summer Fusion Friday! Recorded in late 1974 and originally released on the Storyville label (SLP 259). Knut Riisnaes (tenor sax/flute), Ole Kock Hansen (keys), Jukka Tolonen (guitar), Kjell Jansson (bass) & Petur Ostlund (drums).