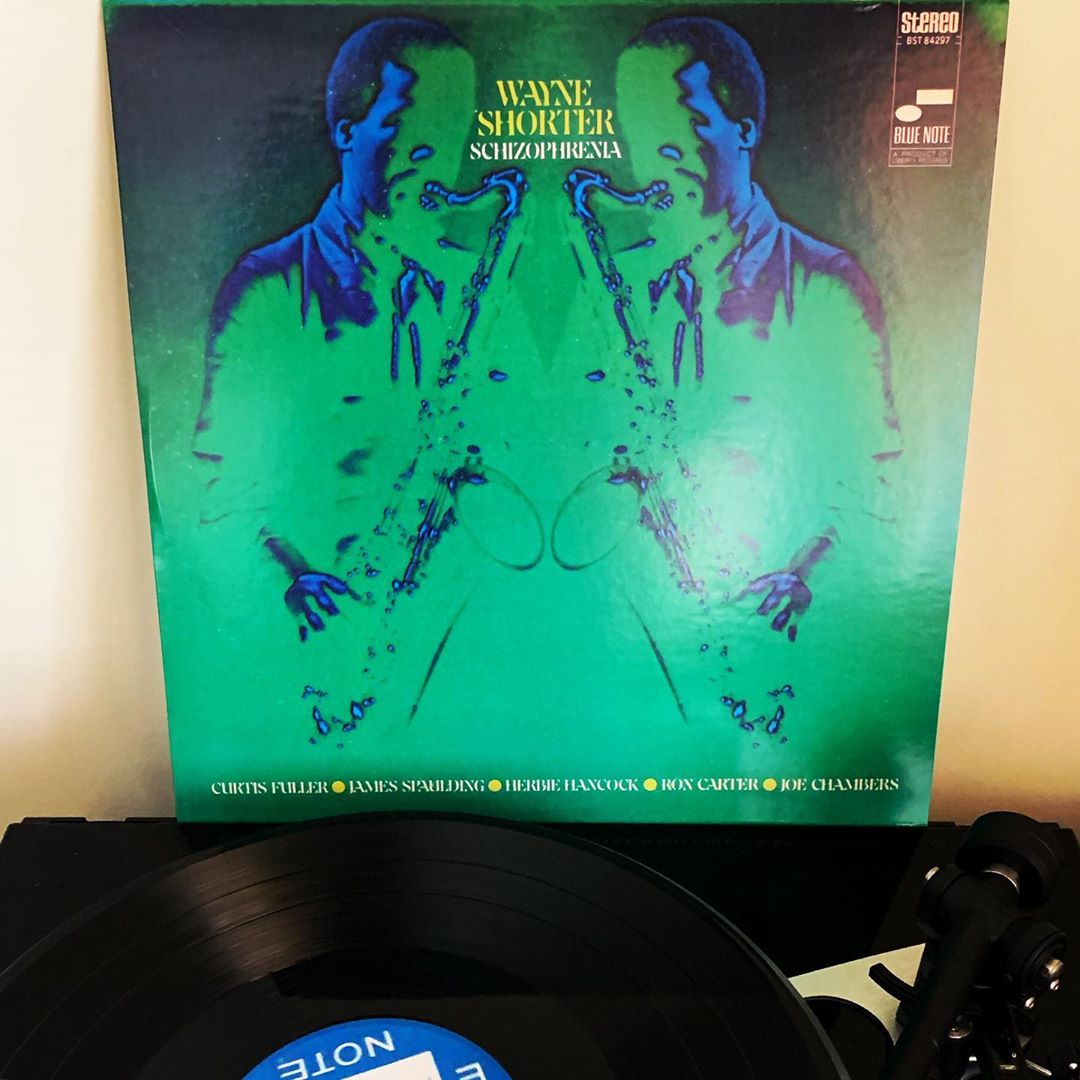 Wayne Shorter’s first run at Blue Note produced gem after gem, though his smaller combos tend to receive more attention than his sextet/septet dates. So kudos to @bluenoterecords @vinylmeplease @donwas for selecting ‘Schizophrenia’ as the pick representing the “post bop” genre in their Blue Note 80 anniversary box. Certainly one of Shorter’s more adventurous Blue Note dates, as his couple of years in @milesdavis “Second Great Quintet” developed his muscles in both playing and songwriting, and here it’s clear he’d been paying attention to his boss and learned a thing or two about building and leading a band. His frontline included Curtis Fuller (trombone) and James Spaulding (flute/alto sax) while his fellow SGQ bandmates Herbie Hancock (piano) and Ron Carter (bass) joined him along with Joe Chambers (drums) on 10 March 1967 for this session. Eschewing the structure and chord changes of bop, yet not jumping headlong into free playing, Shorter & Co push their hard bop roots beyond the usual boundaries, introducing abstract approaches to rhythm & tonal centers, but never heading into free jazz or antonality. To my ears, this is most apparent (and most interesting) in the ballads, which are beautiful, mesmerizing, and just different enough from a standard hard bop affair to shift your imagination into overdrive. Shorter is the standout soloist, with Fuller providing more of a tonal balance, and Spaulding a melodic athlete whose tone/style are perfectly suited to the material. Yet it’s the three members of the SGQ—Shorter, Hancock & Carter—who are the core of the session, as their months of playing together, learning their respective styles and strengths pays off marvelously. This is a big sounding Shorter record and the mastering job here really opens it up, my previous Connoisseur copy being no slouch in the sonic department (mastered by the ever-reliable Wally Trautgott). A recommended heavy rotation album, with huge rewards reaped from repeat listens. It’s not an obvious classic like ‘Speak No Evil’ or ‘Adam’s Apple’, nor as hummable as ‘Juju’, but the depth and accessible complexity of the material combined with superb sound is addicting. Five stars.