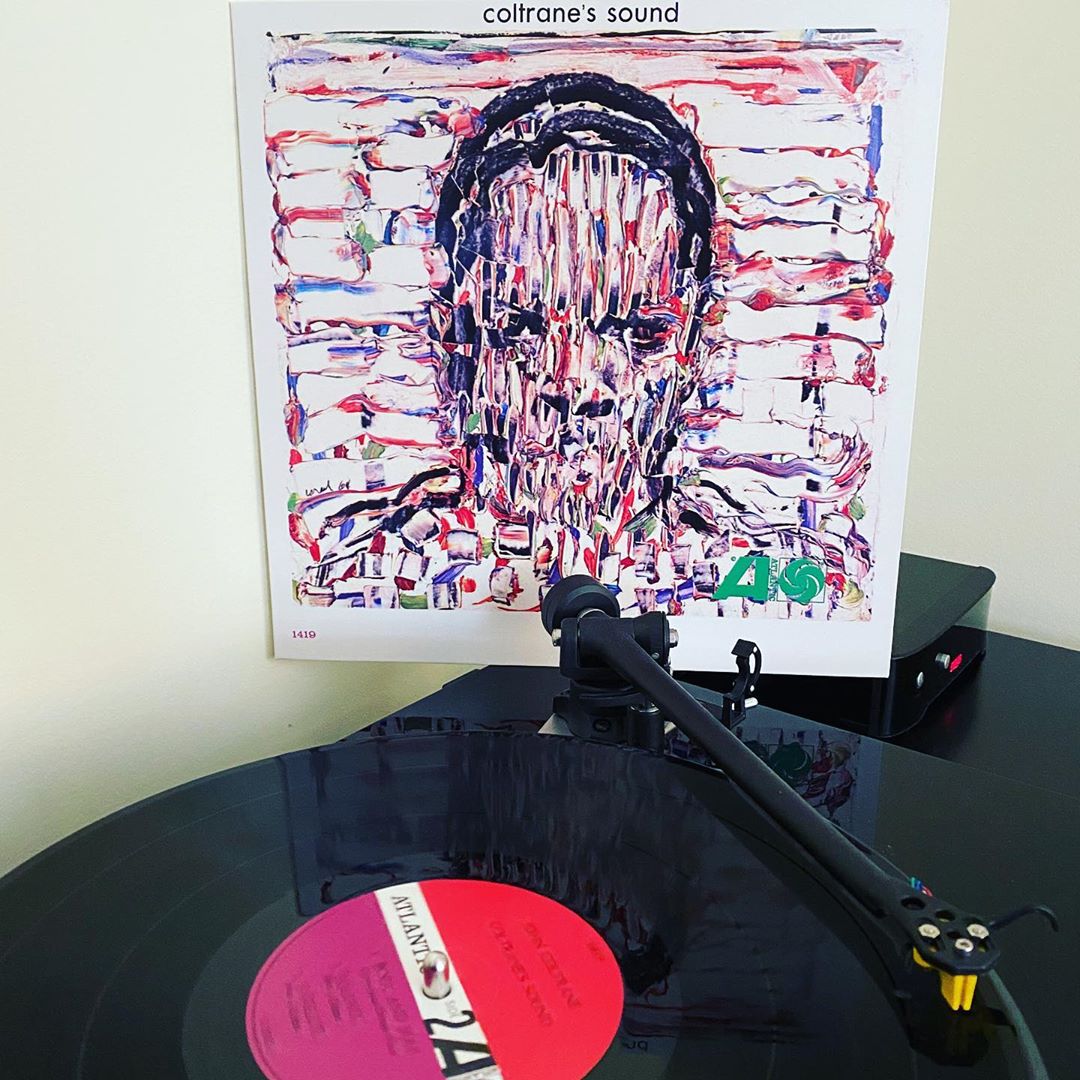 Coltrane’s studio work in the final week of Oct 1960 produced the acclaimed and hugely popular ‘My Favorite Things’, the lesser-known but essential ‘Coltrane Plays the Blues’, and the middle child whose strengths and qualities have only become more apparent over the years, ‘Coltrane’s Sound’. I could pontificate about the track “Equinox” for hours—far and away my favorite @johncoltrane original, and one of my favorite jazz songs, EVER. The emotional wallop this tune packs knocks me flat every time. The power, gravitas and solemnity that pours forth from the speakers when this song plays is felt as much as heard. If it doesn’t give you the feels, see a doctor immediately. The other three originals and two standards are also amazingly played, and I underscore the word “amazing” because this is only the THIRD TIME pianist McCoy Tyner and the SECOND TIME drummer Elvin Jones had recorded with ‘Trane. It’s certainly fun to over-analyze the three albums that these sessions produced, comparing, contrasting and discussing them to rank them within the pantheon of Coltrane’s @atlanticrecords era. When I’m in that frame of mind, I tend to reach for this album more often than the other two. But ultimately it’s more satisfying to consider them as one body of work and play them all! This pressing is a Japanese reissue, mono, part of the Jazz Analog Premium Collection produced by Kouki Hanawa WPJR-10053/Atlantic ‎– 1419.