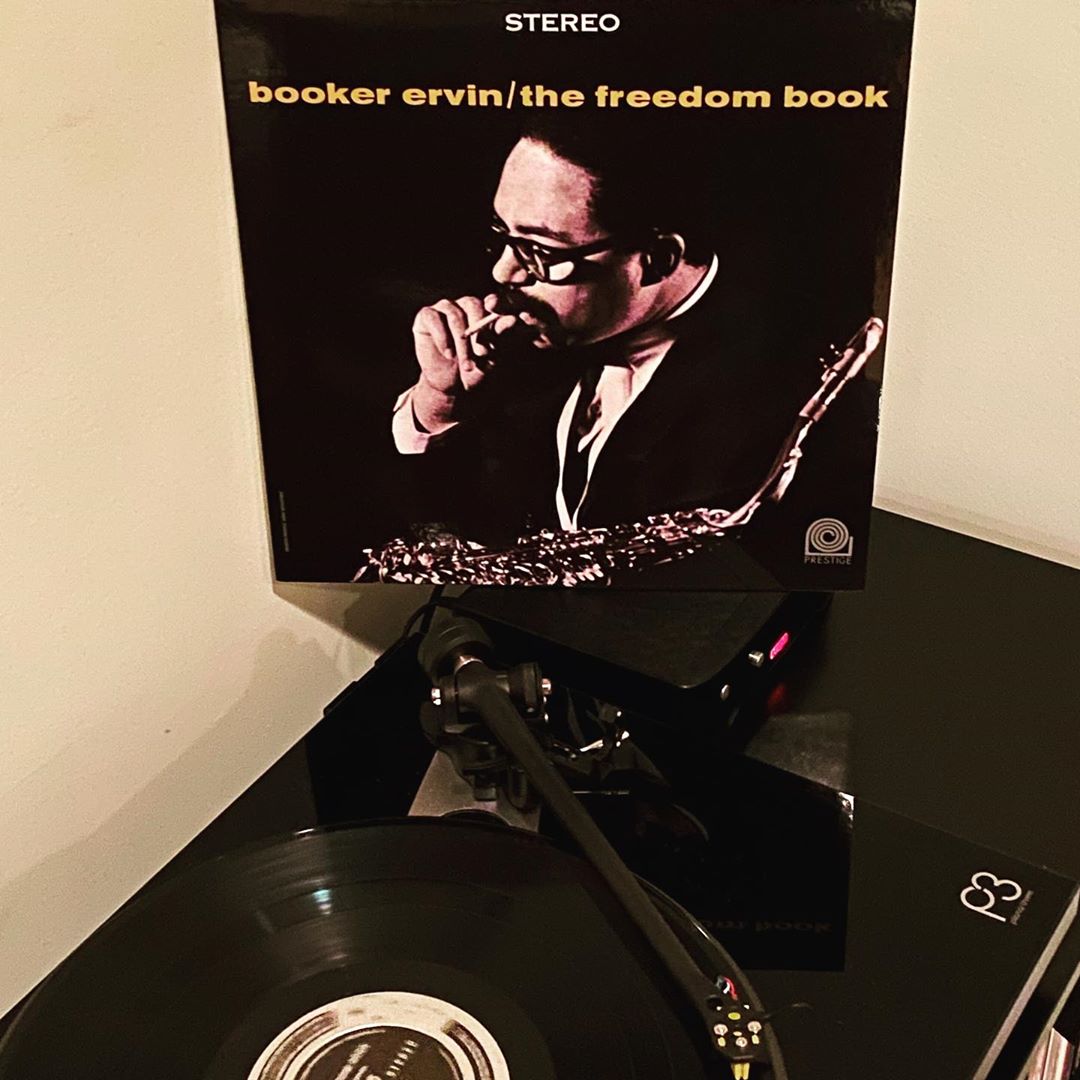 “A Lunar Tune,” which kicks off this record—the first of tenorist Booker Ervin’s terrific “Book” series—embodies the essence of Booker Ervin’s work as a leader: if you want predictability, you’ve come to the wrong place. This quartet hangs together marvelously, though when I listen closely, I also hear them as a double duo—bassist Richard Davis and drummer Alan Dawson are tightly locked in a rhythmic articulation that dares Ervin and pianist Jaki Byard to prove themselves. Challenge accepted: as both were Mingus veterans, they were no strangers to finding a pathway no matter how uppity the rhythm section was, or creating one if necessary. There are also times such as during “Al’s In” where you’re certain that everybody is in search of the “1”, but deep listening reveals the truth—these guys are messing with us and playing a shell game of “hide the 1”. They know EXACTLY where they are! Though the balance of the record tips towards the energetic and uptempo, versatility is on the menu too. Look no further than “A Day to Mourn” (dedicated to the late President JFK) to hear how deeply and heartfelt this quartet/double duo can execute a ballad. A giant of a record, and a must-own (along with “The Space Book” which believe it or not is even BETTER and more exploratory). This pressing is a 2016 Analogue Productions 200gram stereo reissue of a session originally recorded on this day in 1963. Marvelous.https://open.spotify.com/album/4bnM6LNcUtiMFXEvybE2oX?si=RHEouql_T62QcECTGD8kow