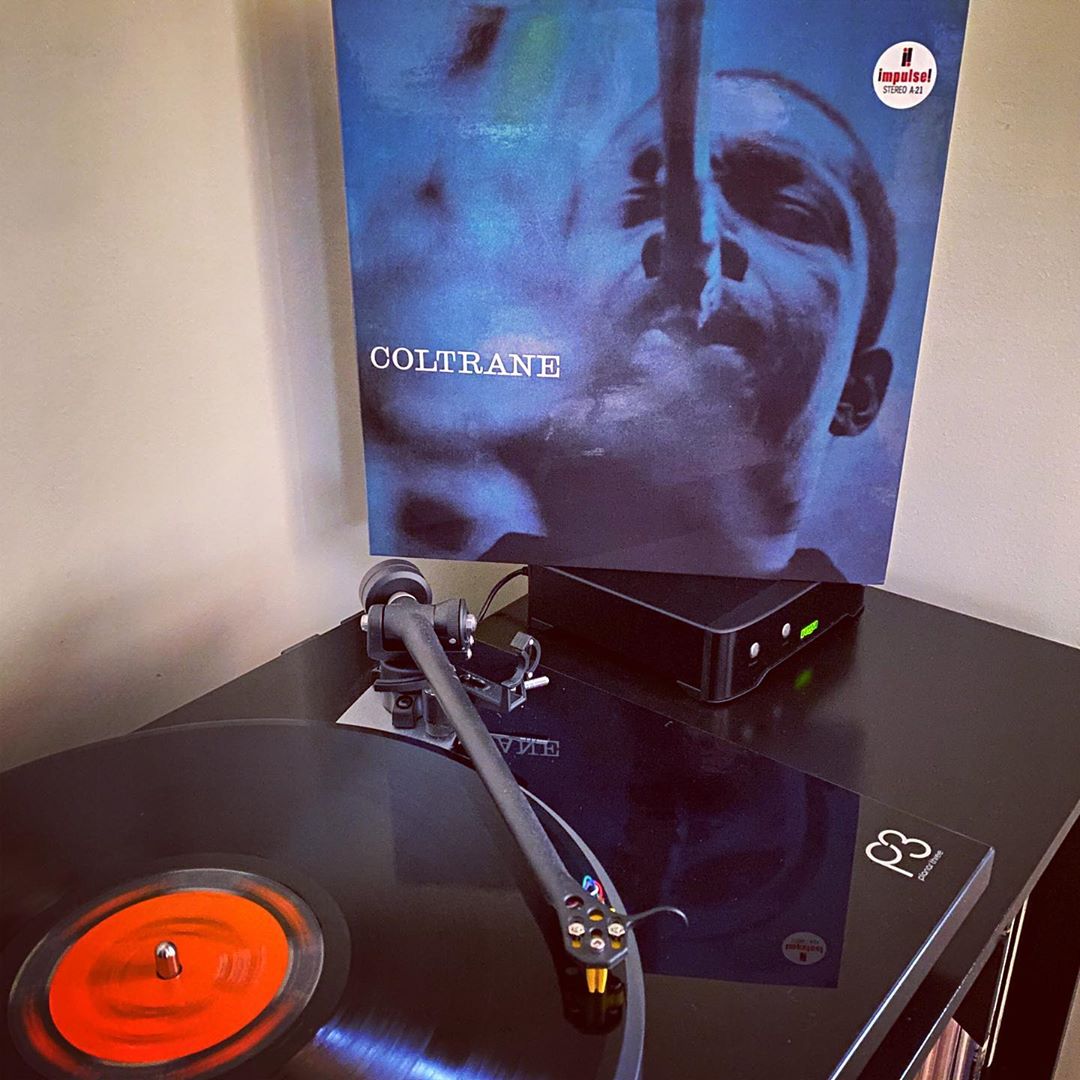 Trane’s classic quartet creates a 5-star album, weaving DNA from ‘Ole!’, ‘My Favorite Things,’ and the nascent ideas that would build ‘A Love Supreme’ and ‘Crescent.’ @johncoltrane fans had a lot to unpack in the early 60s. The success of his Atlantic recordings like ‘Giant Steps’ and ‘My Favorite Things’ catalyzed a flood of reissues from his late 50s hard bop Prestige sessions. Simultaneously Trane was pissing-off critics with what they described as an “anti-jazz,” avant-garde-tinged residency with Eric Dolphy at the Village Vanguard. He made his first (and last) big band record. So when this record appeared in the shops who knew WHAT to expect? Greatness. Expect greatness. While it’s impossible to know an artist’s mind, perhaps the criticism of Trane’s edgier music stung. So while the same drive and energy of the Vanguard gigs are present here, the sharp edges are absent. The opening 14-minute, aptly-titled of “Out of This World” is a profound modal excursion, as strong as anything the quartet recorded for the label. You get a moment to catch your breath with the lovely balladry of Mal Waldron’s “Soul Eyes” before getting thrown back into intensity with an almost unrecognizable take on “The Inch Worm” (the first track to be recorded for this LP). The heat continues with the Trane original “Tunji,” named for percussionist Babatunde Olatunji. Here, Trane & Co leverage their collective skills as a team, with a deceptively simple piano/bass chord structure upon which Trane weaves a powerful, complex solo; and suddenly, somehow by the time McCoy Tyner is building a helluva solo of his own, it’s a blues number. Also, Elvin Jones deserves a Nobel Prize for his drumming on this track—superb. The album closes with Trane’s “Miles’ Mode,” an all-out, full-contact throwdown where everyone comes to play and play HARD. Restraint? That’s the other guy’s problem. So all-in-all, this mysteriously under-valued title in John Coltrane’s impressive catalog is a MUST HEAR, and in my opinion, MUST OWN title. Spin it now. You’ll be glad you did.