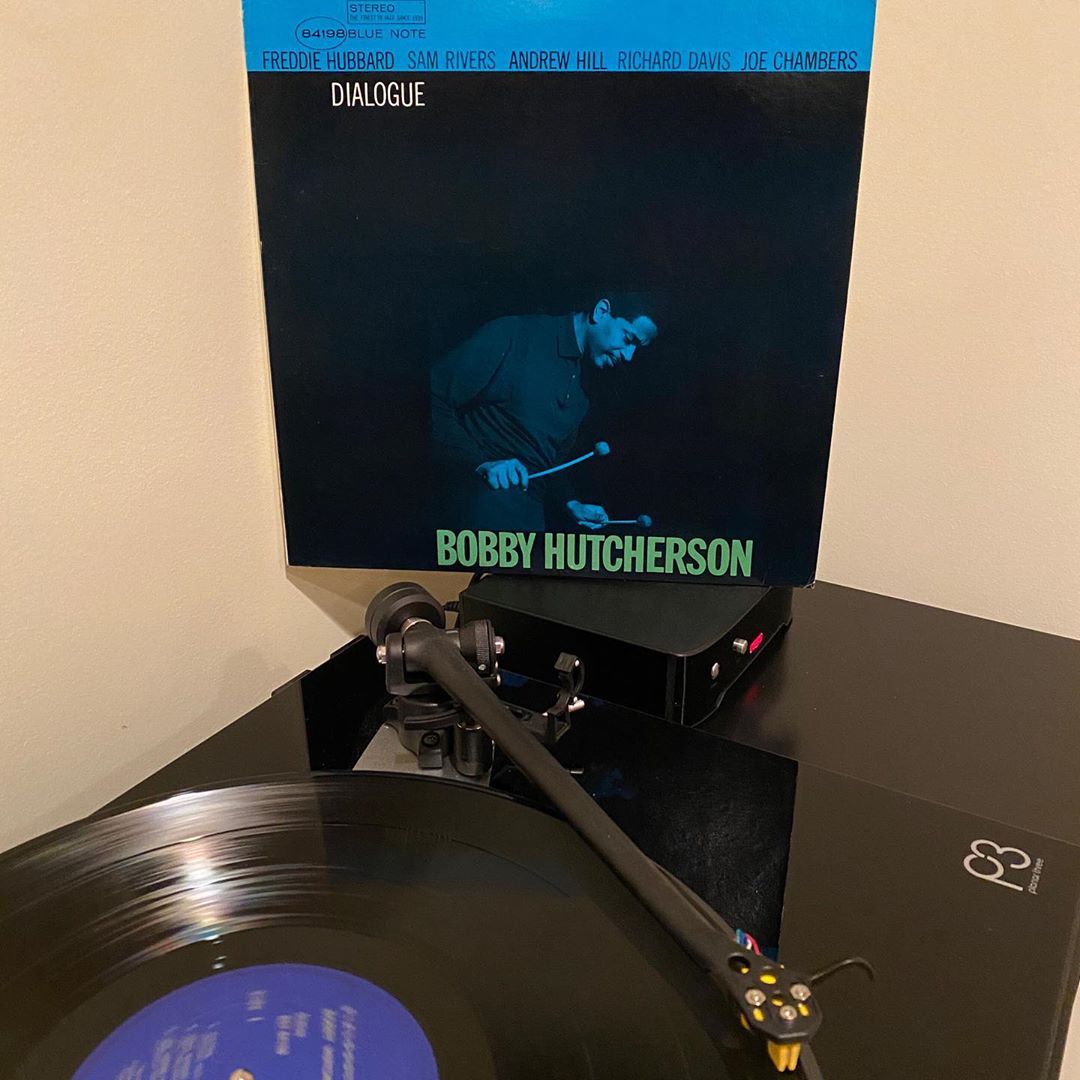 Ethereal vibes are challenged by deep bass clarinet growls, as angular piano fills offset sinewy bass lines. Rapid-fire trumpet riffs buffet intricate drum work as a mournful soprano sax line spirals skywards into the night. ‘Dialogue’ is vibraphone master Bobby Hutcherson’s first release as a leader, and it’s quite a statement. ‘Dialogue’ was a bold step forward into the “new thing,” and shares quite a bit of musical DNA with several other projects Hutch had been a participant in, including Andrew Hill’s ‘Point of Departure,’ Jackie McLean’s ‘One Step Beyond’ and Eric Dolphy’s ‘Out to Lunch.’ While not quite as edgy as the latter, enjoyment of ‘Dialogue’ requires an advanced sense of adventure and an appreciation for coloring outside the lines. Hutch pulled together compatriots from some of those aforementioned outside/inside records including Freddie Hubbard (trumpet), Andrew Hill (piano), Richard Davis (bass), Sam Rivers (tenor/soprano sax, bass clarinet, flute) and a key musical partner who’d remain in his orbit for many future albums, Joe Chambers (drums). While Hutch is credited as the leader, all of the writing is done by either Hill (four tracks) or Chambers (two tracks), and in a sense, it’s probably Hill who deserves co-leader billing here. That said, it’s tough to call out any specific player as the brilliance here is the conversation between them, and the insanely creative use of instrumentation to invoke moods. This is a challenging, cerebral record that moves from beautiful (“Idle While”) to unsettling (“Dialogue”); and from the zany, Avant-leaning “Les Noirs Marchant” (which could be the soundtrack to the Ents marching on Orthanc) to the demented blues of “Ghetto Lights.” So…chamber hard-bop? Avant modal blues? I can’t say this record “defies categorization,” but it does cover a LOT of ground. Everyone should hear it, but it’s not *FOR* everyone. Why it’s so difficult to find on vinyl is a real head-scratcher…here’s hoping someone at Blue Note gets the memo on this classic and puts it back in print soon.