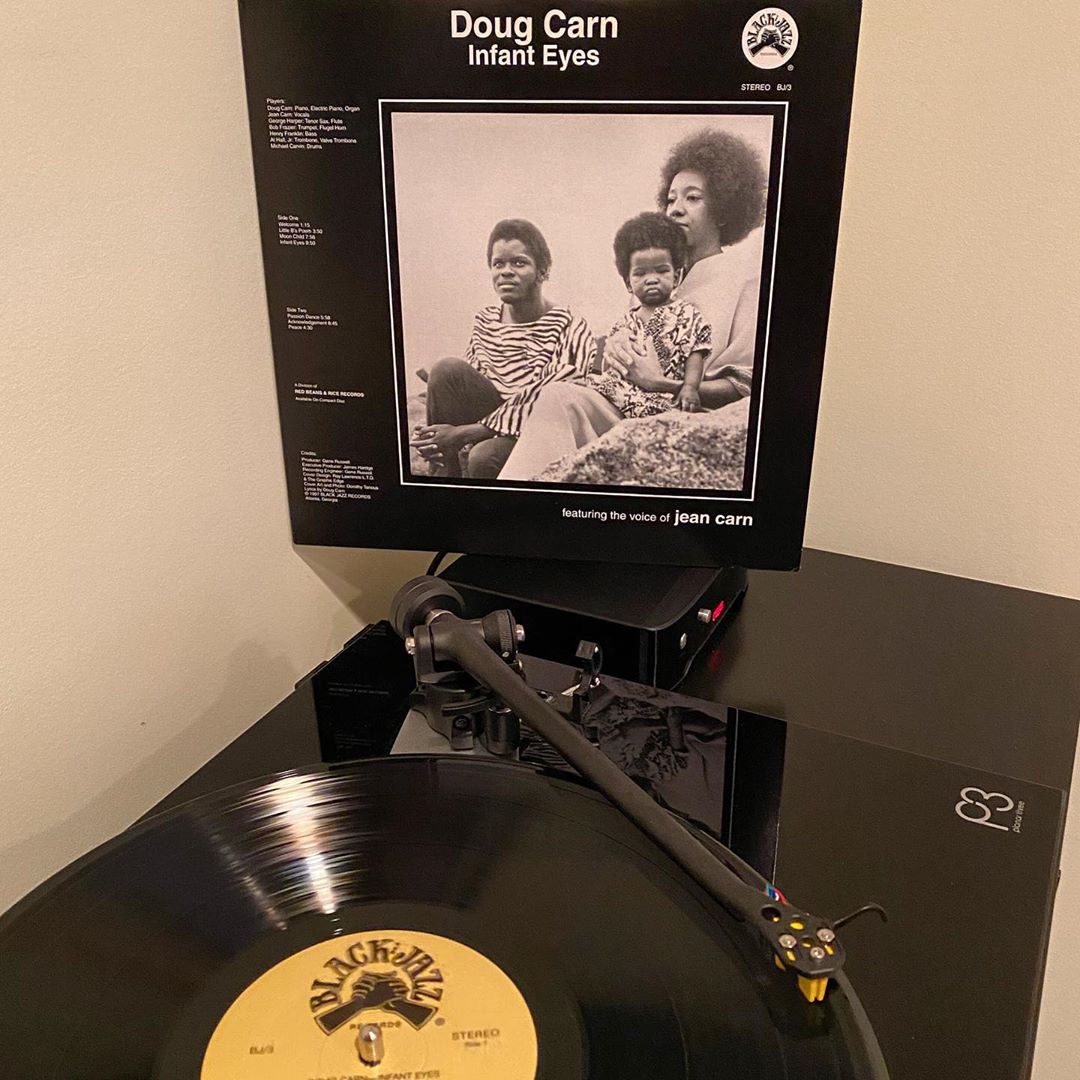 Modal, spiritual, and soul-jazz blend beautifully on a record that packs a lot of power. I’m fussy about jazz vocal records, and I don’t reach for them often, but this one is FANTASTIC. Jean Carn’s vocals convey a sense of purpose. Of clarity. Of hope. Things that seem to be in short supply in so many places at the moment. The lyrics (which all have a spiritual/inspirational vibe) were written by her husband, leader, and keyboardist Doug Carn. He then worked them into new arrangements of compelling compositions by Wayne Shorter (“Infant Eyes”), John Coltrane (“Acknowledgement”), Horace Silver (“Peace”), and Bobby Hutcherson (“Little B’s Poem”). All are knockout performances. You’ll also hear impressive instrumentals, including a killer take on McCoy Tyner’s “Passion Dance,” and the Doug Carn original “Moon Child.” The band is top-notch: in addition to Jean’s vocals and sizzling organ/piano playing by Doug, you’ve got George Harper (tenor sax, flute), Bob Frazier (trumpet, flugelhorn), Henry “The Skipper” Franklin (bass), Al Hall, Jr. (trombone), and Michael Carvin (drums). ‘Infant Eyes’ was originally released on Gene Russell’s legendary Black Jazz Records in 1971. The label released a total of 20 albums in its short four-year existence, all of which share two properties: excellence and rarity. This one seems to have been reissued (and bootlegged) more than some of the others, though, so it’s findable, and you can also stream/download it on most digital platforms. If you’re looking to take a deep breath and lower your shoulders a couple of inches, while at the same time be inspired by a soaring, uplifting, deep, well-played jazz album, Doug Carn’s ‘Infant Eyes’ may be the record for you.