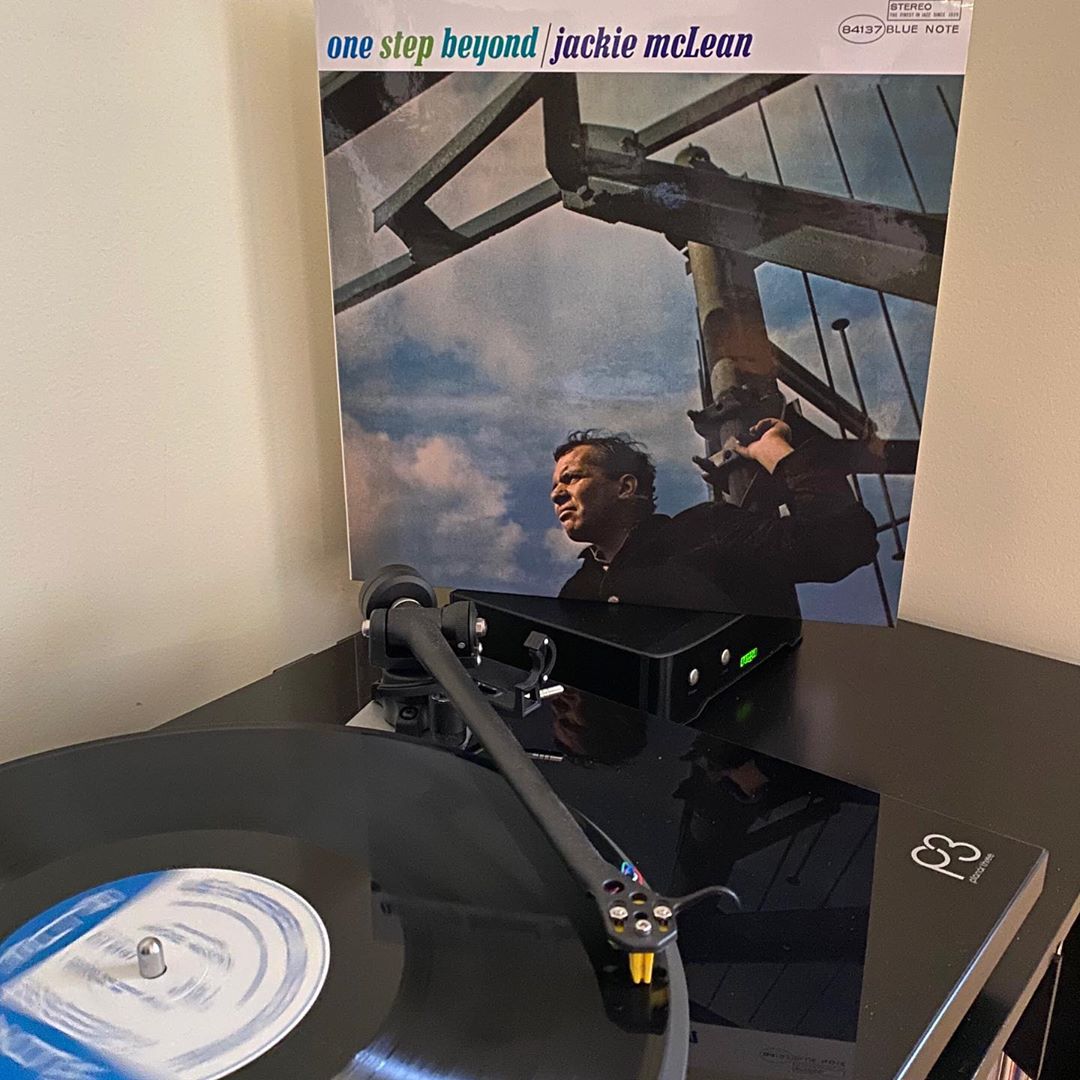 Mysterious. Innovative. Spellbinding. Jackie McLean’s ‘One Step Beyond’ is the first in a loose “trio” of albums that includes McLean’s ‘Destination…Out!’ and trombonist Grachan Moncur’s ‘Evolution’ as they all share quite a bit of musical DNA and personnel. I hesitate to call it them a trilogy as I’m not certain that was anyone’s artistic intent, though hearing them together in any sequence feels like a holistic listening experience. This album is extremely well-titled: McLean had heard the clarion call of Ornette Coleman and John Coltrane pushing the boundaries of modal jazz, and this session reflects McLean’s approach to coloring outside the lines. Yet it’s strongly rooted in hard-bop, and it swings like mad in many places, making it an inside/outside record that’s perhaps a bit more approachable. McLean built a unique melodic frontline (vibes, trombone, and alto) who create an atmosphere that’s otherworldly…it does feel rather “beyond,” yet somehow incredibly pleasing to the ear. Trombonist Grachan Moncur’s two compositions have an eerie, foreboding tone (“Ghost Town” particularly) that veer into occasionally dissonant territory—the band isn’t totally out to lunch here, but definitely waiting for a table. McLean’s two songs go down a bit smoother, but just a bit. McLean’s alto still retains its acidic bite, and while the structures and playing are rooted in blues/hard bop, it swings with claws unsheathed. Bobby Hutcherson is the undisputed master of the 37th Chamber of Vibraphone, wielding mallets with both astonishing fluidity and lethal consequences. Bassist Eddie Khan holds the rhythmic ebb and flow accountable. Still, he and the rest of the group are perpetually challenged by—and, more importantly, inspired by—17 year old drummer Tony Williams. Williams performance throughout is simply incredible. In particular, the dialogue between Williams and Hutcherson is MESMERIZING and sounds especially clear on this Music Matters 45RPM 2XLP edition. Recorded this day, 30 April, 1963.