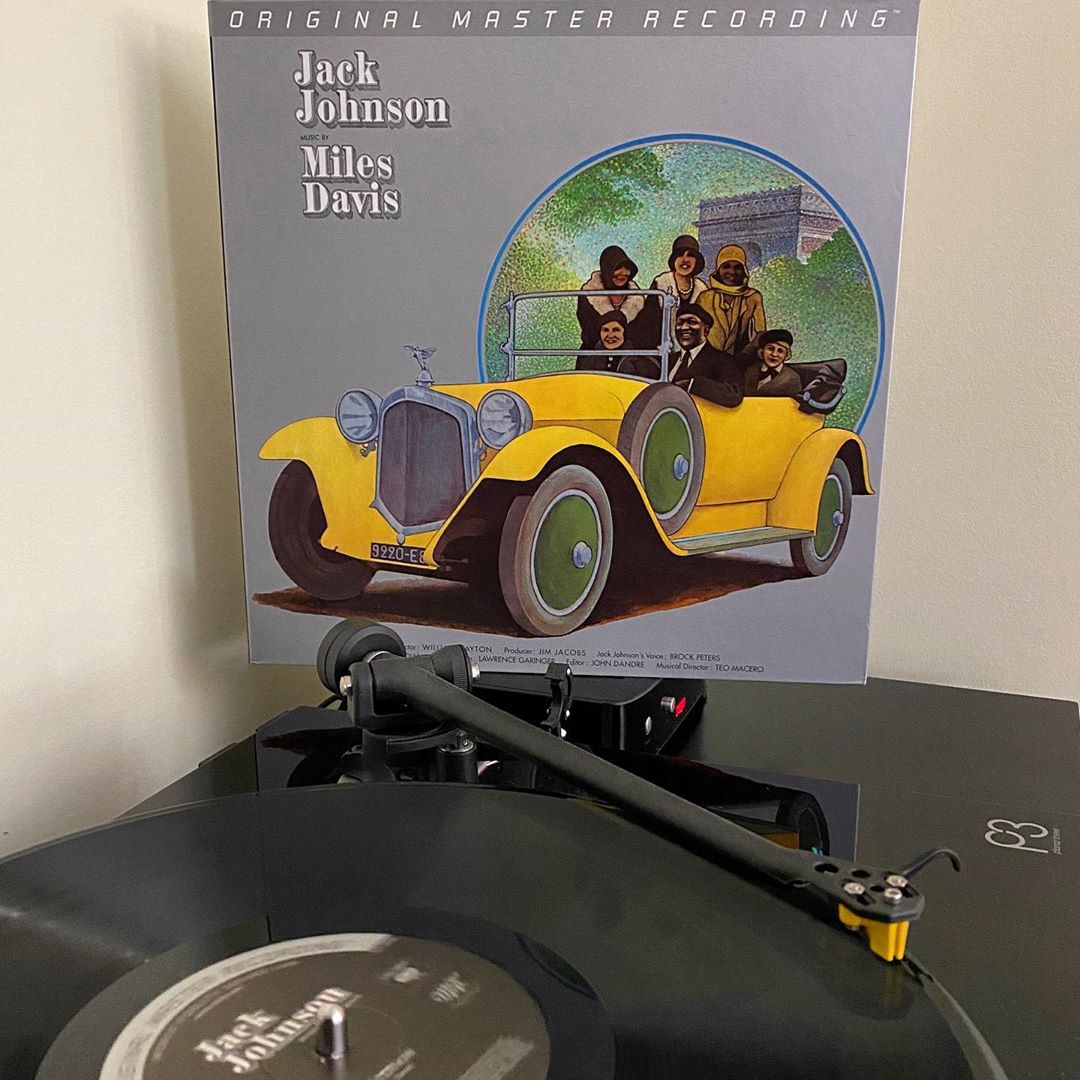 Incendiary. Recorded on this day (7 April, 1970) in Columbia Studio B, this record moves even further into rock, soul, and funk excursions that began as far back as the waning days of the Second Great Quintet. Those initial sparks grew into a flame with ‘In A Silent Way,’ fire with ‘Bitches Brew,’ and full-on conflagration with ‘A Tribute to Jack Johnson.’ Miles, in particular, is playing at the top of his game—his solos are fierce, edgy, and take NO prisoners whatsoever. As a bandleader, his stated goal was to “put together the greatest rock ’n’ roll band you ever heard.” Mission accomplished: John McLaughlin & Sonny Sharrock (guitars), Herbie Hancock & Chick Corea (keyboards), Steve Grossman (saxophone), Bennie Maupin (bass clarinet), Dave Holland & Michael Henderson (bass), and Billy Cobham & Jack DeJohnette (drums). The two side-long tracks cover a lot of ground. Tension. Release. Tranquility. Fury. The lines between what was planned and what happened are difficult to ascertain, and ultimately I’m not sure it matters. Whether you see this is a rock record with jazz cred or a jazz record that decided to party with a rock band, it’s another example of bending the course of music to his will. And we’re all the better for it.