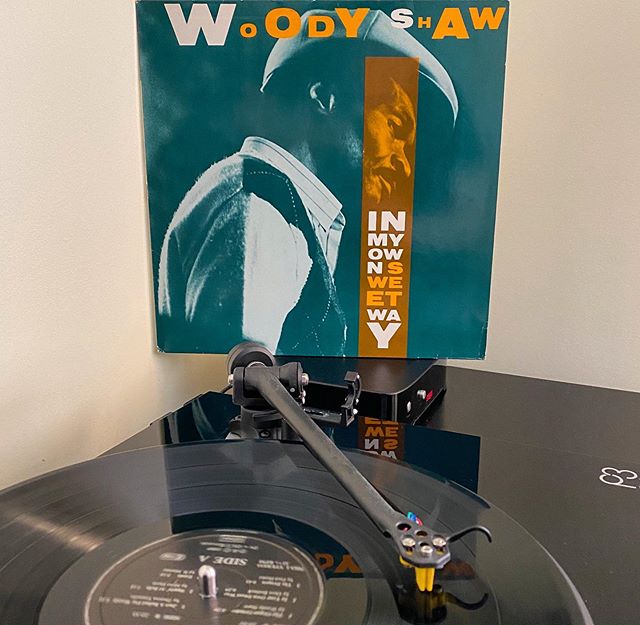 Woody Shaw is my favorite trumpet player, and I’m also blown away by his skills as an arranger, composer and bandleader. This was one of his final recordings, a live album recorded in Switzerland in February of 1987. Shaw leads a quartet featuring Fred Henke (piano), Neil Swainson (bass), and Alexander Deutsch (drums) through a program that’s leans heavily on ballads, though Shaw’s playing does get fiery, particularly on “Sippin’ at Bells”. Henke’s “The Dragon” also has killer solos, as does the bonus track on the CD/digital version of the record, which is the Shaw original “Joshua C.” The entire record is a showcase for Shaw’s tone, phrasing, and mastery of dynamics—as the sole horn player, a lot of the heavy lifting falls upon him and he delivers with style, fluidity, passion, and power at every opportunity. This is a record that doesn’t often get brought up in conversations about Shaw’s best work, and it should. There’s no shortage of live Woody Shaw records to choose from, and I’d list this as one of the top three. That said, I cannot recommend the vinyl edition which sounds rather thin. The CD/digital versions sound much more robust, and give you a better “you are THERE” vibe. Additionally, the CD/digital bonus track “Joshua C” really completes the set. This is an exquisite performance, and a must for Woody Shaw fans.