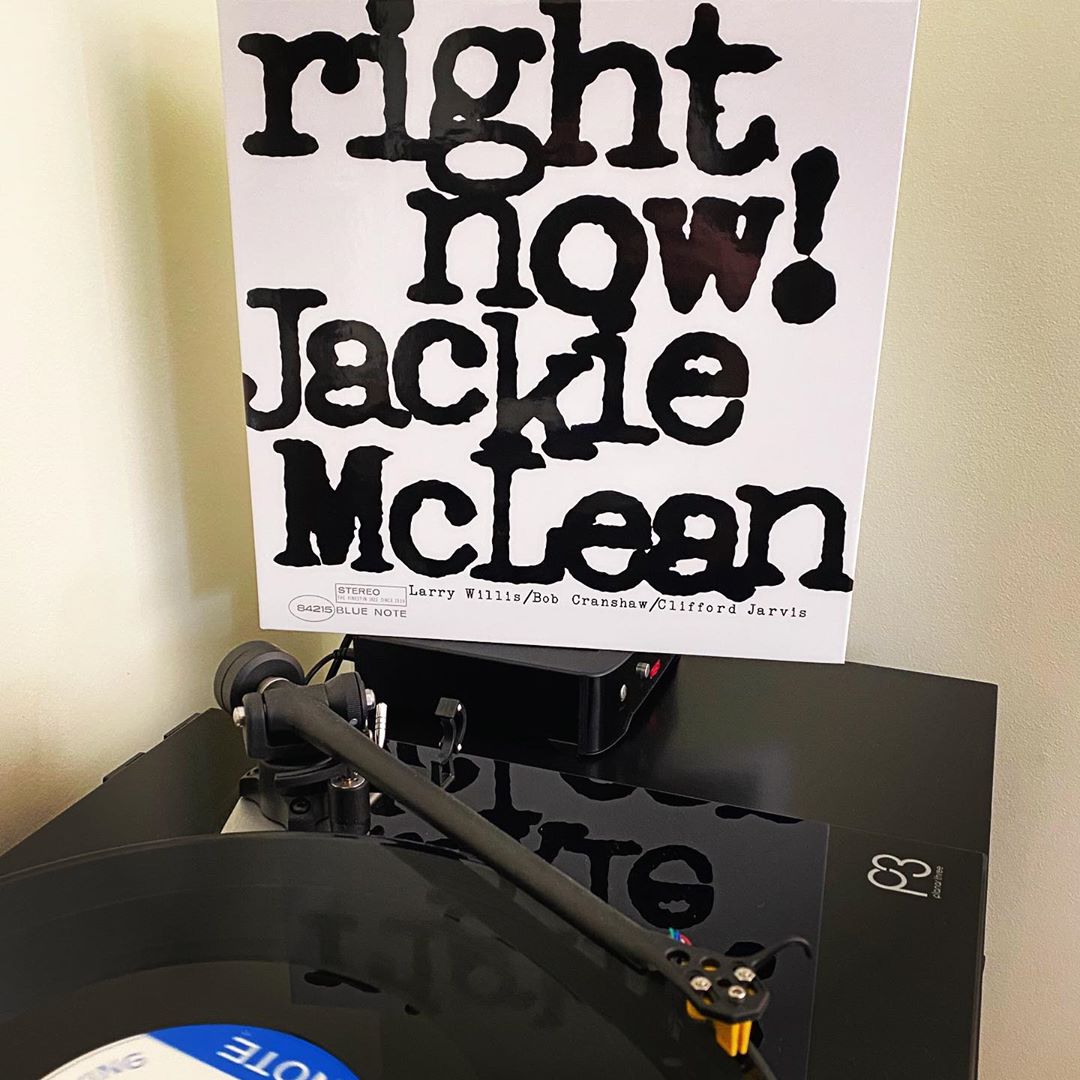 Altoist Jackie McLean made loads of great records for Blue Note in the 1960s, and this is one I come back to time and again. Three of the four long tracks are uptempo, adventurous yet melodic modal-leaning hard bop, all of which feature excellent arrangements and KILLER solos by a band that includes Larry Willis (piano), Bob Cranshaw (bass) and Clifford Jarvis (drums). But the highlight is the ballad “Poor Eric” (written for Eric Dolphy who had recently passed away), which has an atmosphere that takes over the room—reflective, melancholic, and achingly beautiful. Give “Poor Eric” a listen and I’m pretty confident it will find a place on whatever playlist holds your favorite ballads. While listening ‘Right Now!’ this morning over coffee, two enthusiastic thumbs up were delivered from my wife—the equivalent to a jazz Michelin Star. Jackie McLean has a reputation for a somewhat sharp tone and freer structures (see his incredible and essential ‘Destination Out!’ album, for example), but ‘Right Now!’ eschews those elements and the more straightforward approach with this quartet works marvelously. This is a GREAT jazz record that has a lot to offer—highly recommended. And dig that Reid Miles LP jacket! This is a 2015 Music Matters 33RPM reissue MMBST-84215, stereo. Originally recorded 29 Jan 1965 and issued in 1966.